Sending My Baby Boy off to Camp!

So.... I am heading to the beach for CE and beach time. And Danny is heading to Camp with Beth. I wasn't sure if I wanted to do it, but... I decided it was great timing and the price was affordable and I just needed to do it. But man, it's hard. I had to tell myself that he was going to Camp and would meet new friends and have a blast! And that if he was left at home he would just be bored and would pester Fleck. So... we went for our lesson with Cindy and then I dropped him off at Beths. It wasn't a great lesson with Cindy. I think maybe because of my mind set. I was tired trying to get everything done and working and getting everyone fit in before I left for out of town. I was nervous and worried about Dan. And.. yeah, it wasn't a bad lesson. Just not a great lesson. So.. I dropped him off with Beth and left all his stuff and his food and.... tried to give him a hug goodbye and he was such a grump. I called Peri on my way home and told her that I was tearing up but not crying... but that was really only because he was being such a crab that it wasn't that hard to leave him. I mean, it's not like he was whinnying after me. Sigh... So... Hopefully he won't hurt himself... tear up the barn or destroy anything... or buck Beth off. Fingers crossed! 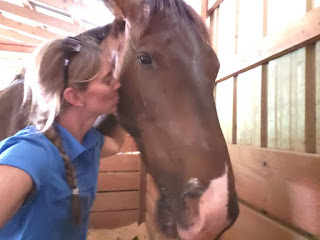 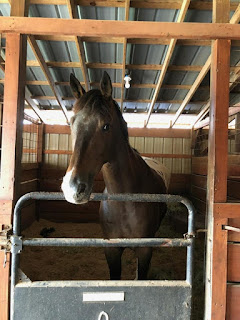 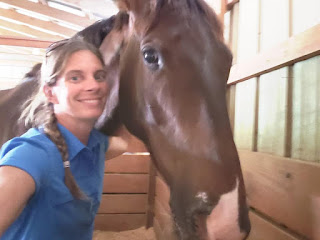