Day 3: Felt great and pooped 3 times overnight and ate all of his soaked hay. Had a lesson in the am after watching the beautiful sunrise together. Did poles on the ground. Which Beth warned me was hard for him. And me. But it was awesome. We worked through a lot of things in my brain. Discussed that I want his shoulders to be straight but it would likely feel shoulders out to me as I had been riding shoulders in for so long. Couldn’t give up the outside rein tracking left, and needed to be slightly soft tracking right. Must keep contact on the inside rein and need to shorten it up a good bit. When it’s long I feel the lack of connection and panic and end up overbending his neck. Interestingly, if my inside rein is shorter, I don’t end up overbending him. The goal is to get his shoulders straight and thus he neck straight with the proper bend/flexion. Don’t get too carried away and block the barrel with my outside leg either. I can block IF it comes my way, but don’t grip in anticipation. Also lift my inside hand, especially right lead canter. It’s not as high as I think. And wow. When I got it.. he went from being a bit heavy and braced to carrying his own head and getting that chandelier feel!!! Yay!!! His back came up too. It got really nice 😊 😊 And through the poles… stay collected a bit so it’s easy for him but leg to support and engage. I let him get too long. So yes.. many epiphanies in the epiphany (Yep.. I rode in the demo saddle again since I could). Oh, another epiphany. By asking him to leg yield out a hair, and more importantly step into my outside stirrup, I consistently got the canter lead and easily.
Turned him out a good chunk of the day since there was such a nice breeze so he could graze. Opted to nap instead of take him swimming as I was afraid he’d get bit by a water moccasin given the week we were having. Took a nap (kind of) and then helped Beth set poles for the afternoon lessons. And… was carrying a heavy one through the gate (moved to a different pasture) and managed to run the pole into the gate, which swung the pole into my face. Split my lip. Good grief!! So… yeah. Had a nice afternoon watching them ride and then walked stadium courses and relearned how to walk 3 feet strides and practiced it. Then learned that a one stride gets counted different… not land, one, take off… Just count how many steps… most 1 strides are 21 feet, which is a comfortable one stride. A 24 foot one stride will ride a bit long. (maybe not for us)
Then turned Dan out a bit again and got a beautiful sunset too. And no rain storm. 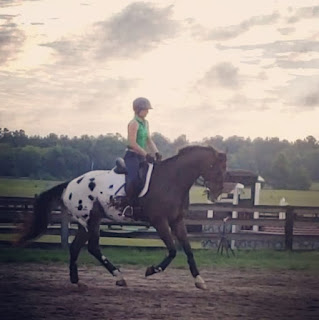 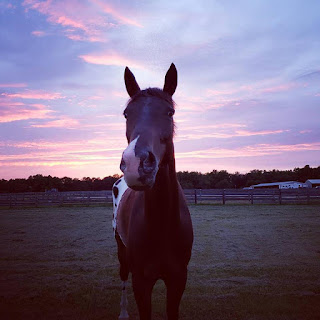 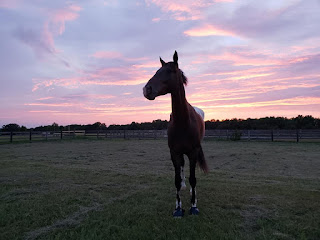 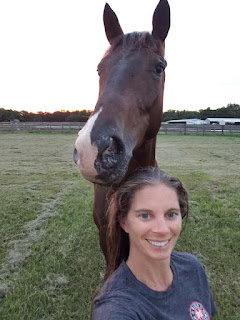 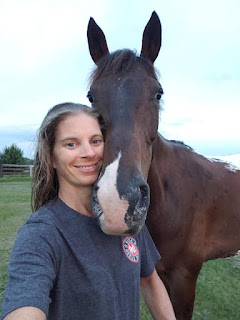 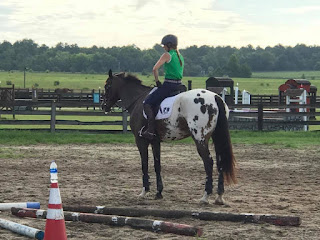 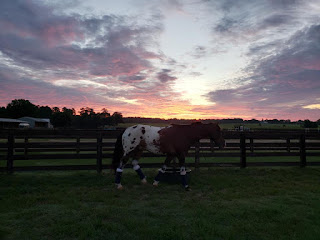 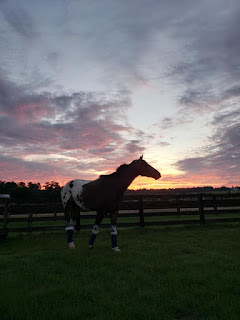 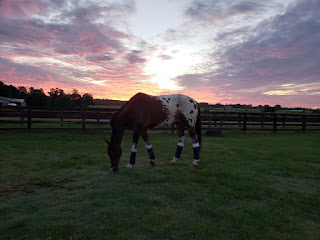 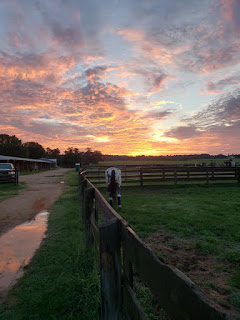 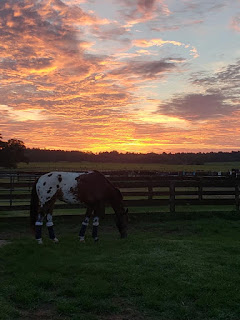 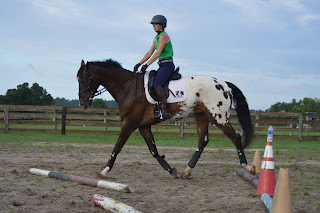 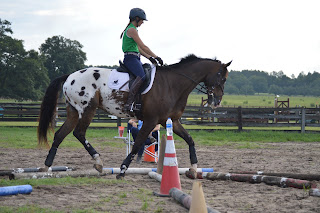 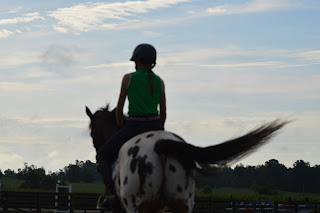 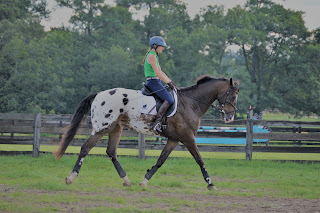 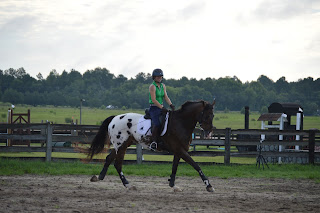 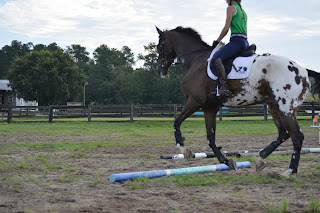 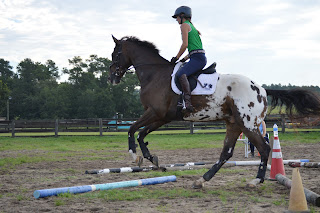 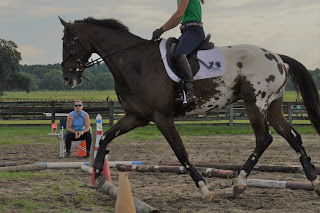 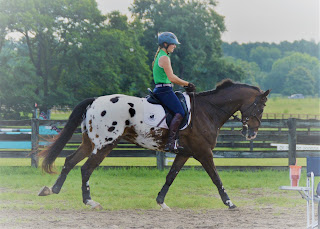 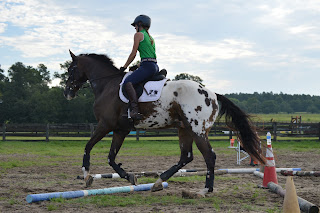