Day 2: Gave banamine in am though he looked pretty awesome… tracking up evenly. Went on XC to do “technical” stuff. Felt great and we warmed up nicely. Then started with the ditch. We managed to not fall into it this day. 😊 Then added a small small fence before and after, then one on a bend. The trick was balancing and rating. Then moved to the bank. Holy moly , we ended up doing a cavaletti, bounce, down the bank, bounce, vertical combo that was so much fun. And Dan was super. Then added a cabin on a bent line. Then moved to the water and did barrel into and out of the water. Need to allow him to move out. He felt like he was running away with me but he wasn’t. Alternating half halt. Keep him “on the bit” (the XC version). But must be collected through the water. Quit with that, which was a lot. He drank in the water complex, had a big long sip once back at the stall and then got hosed off and iced for 20 minutes. Ate alfalfa. Then laid down for a big long nap. Which turned into a really long nap.. .and then I started to worry. He woke up… I turned him out. He rolled, and then…. Laid down. Got up, laid down, etc. Definitely not feeling good. Ended up hauling him to Aiken Equine Vet. By the time we got there he had pooped in the trailer (which was a slant step up and he loaded right up!). He got off, went into the stall, drank, peed, and acted like normal. 😊 Ended up getting tubed with lytes, water and mineral oil just in case and we came home. Acting normal once home.

Love my tiny home!! Massive thunderstorm with lightning too. Awesome to sit in my trailer, after showering and cooking dinner.. and listen to the rain and watch the lightning. And check on dan too. Literally outside his stall door. 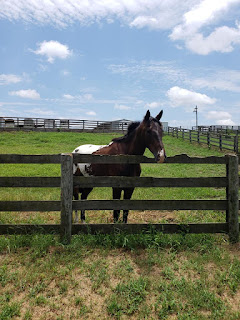 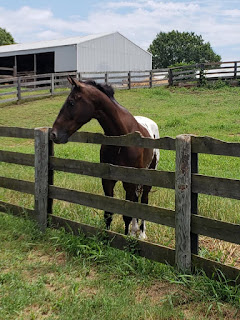 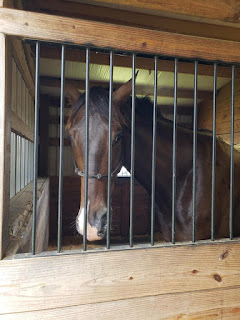 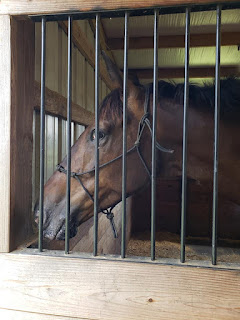 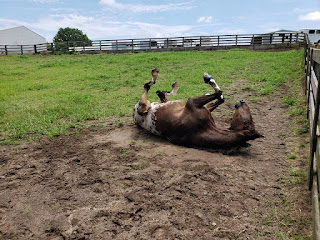 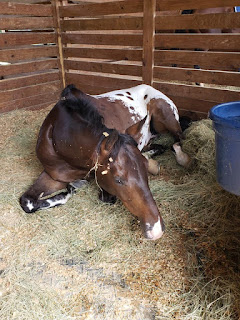 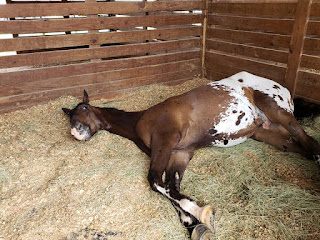 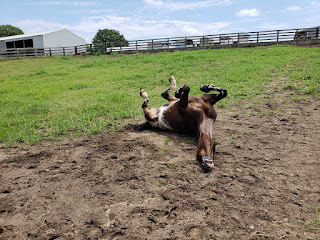 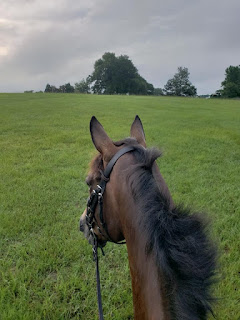