More educating and a haircut

Today was another lesson day. :) We worked on the figure 8's but keeping the bend throughout. Which, I had forgotten about that exercise. Oops! I mean, I did it once or twice but not like we did today. :) SOOOOO helpful in just pointing out things to me and helping me feel it. The repetitiveness of it was helpful. For Dan too I think.

So we started at the walk and we started tracking right. Which, I thought would be the hard way, but nope. I was wrong! So, she wanted us to do an 8 meter circle... I'm pretty sure we were doing 12-15 meters, but... we tried. 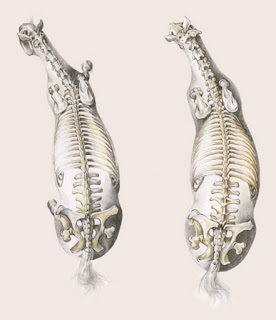 Tracking Right Figure 8 with No Change of Bend

Tracking Left Figure 8 with No Change of Bend
So then we upped it to the trot which was even harder and took a bigger circle going to the left. ha!
But.. it's a great suppling and straightening exercise and it was super helpful to help me feel things. I could focus on one or two things... then realize the third thing fell apart... then realize I had gotten the 4th thing messed up, but.. because of the repetition of it.. I could go back and get them all and slowly but surely I'd get them all together. AND... even better... because I can now understand and logic it through... it's sinking in more. And I'm getting positive reinforcement because Danny really starting moving nicely. He starting getting soft and through and I got a real connection. And when we first started to the left, I felt the hitch, but within a circle or two, it got so much better! And then I never felt it again. SO... it's working!!!!!
So more homework to work on, but it's fun. Danny is enjoying the "games" too. :) We're having fun and we're both getting positive feedback. I'm excited!!!!
I ended up giving him a bath when we were done, so he was dry when I got home. So I gave him a haircut finally. Man... his coat is so nice when he's clean. So soft and shiny, but damn!!! He's even shinier with his hair cut. And he looks GOOD!!! :) And he got a T-rex again. :) #becauseiam12. :) 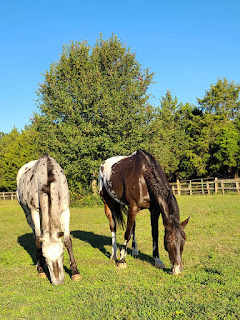 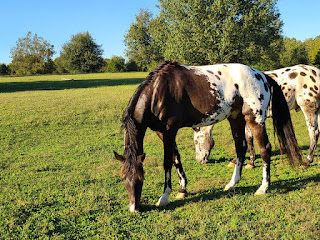 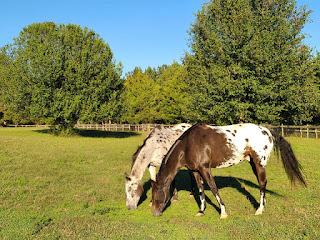 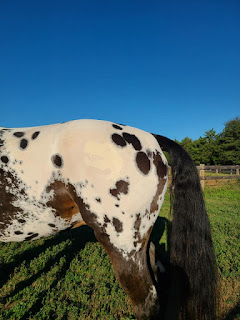 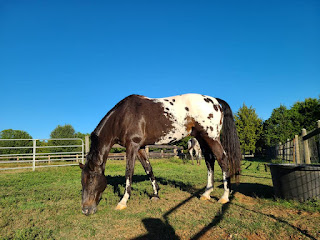 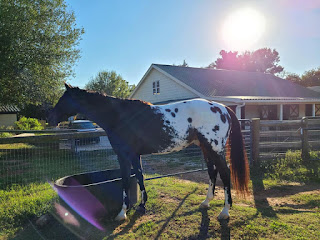 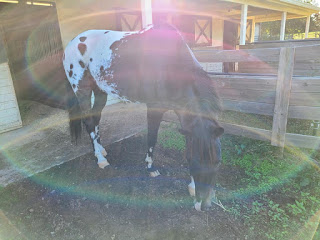 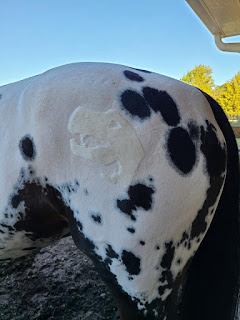