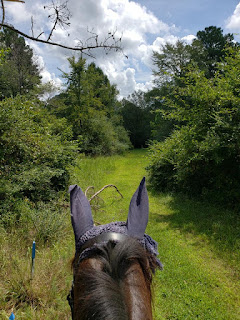 I went to bed early last night because I was just so exhausted from the week. I was so tired of being hot, being sweaty, being mosquito bitten, and having headache after headache. I really wanted to ride but... I just couldn't do it.

So I came home, showered, and sat on the couch and watched tv while I ate Mac-n-cheese. Then I went to bed early. I slept in and got an actual full 8 hours of sleep (Granted I woke up twice, but still... 8 hours!!!).

I decided that I wanted a change of scenery. I thought about driving to Aiken to go to Hitchcock Woods and then I could get hay (in theory) and beetpulp. But then the client that is going to fix my trailer called and said he'd stop by this afternoon, so.. it was a good excuse to stay close and get stuff done. I got a lot done.. not all I wanted to get done done, but.. a lot.

Danny and I drove to the Horse Park. (I feel kind of awful for not taking Fleck but... it was so humid and muggy). I had to wipe all the mold off of my tack first. Yucky. (One of the things I did not do... cleaning my tack completely). We started off at a nice walk but Danny was spooky! And the footing was pretty rough because of all the rain. There was lots of ravines and roots exposed. Danny was being so mincy. But we finally hit some good footing and put some trotting in. We had parked by the rings and explored that section and went down to the canoe launches. Dan was freaked out about the covered bridge at the water complex and wouldn't go in it at first. It took a few tries and for a few minutes I thought I was going to have to give up. But we got it done. He walked over the plain open bridges without being phased though. We also got in a nice canter and gallop! It was so much fun. I wanted to do a bit more fitness/canter sets, but it was so hot and muggy at that point. Danny was soaking wet and lathered where the reins where on his neck. So we did a tiny bit more canter and then trotted a hair and then walked til we cooled down. 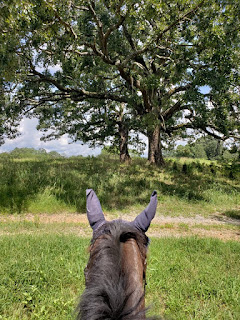 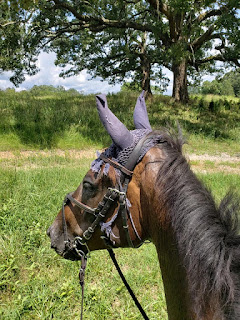 It was a great day. And SUCH a beautiful day! At least to look at. It was muggy! But at least it wasn't raining again.

Then I came home and got two bales of hay, alfalfa pellets, and shavings. And treats. :) And crypto aero.... The only thing I didn't get was beet pulp. And lots of hay. :) But still... I got that accomplished. I did some laundry, did the dishes, paid bills...  I may get my shadow box done. We'll see. I may update some of my other blog posts that aren't really done. We'll see.

Tomorrow I have a lesson and am going to try the monoflap jump saddle again. And then I have to adjust two ponies and then come home to hang out with Mike. :) 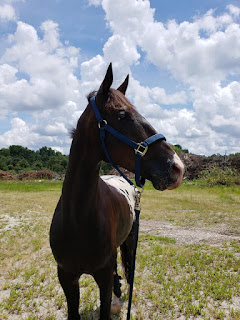 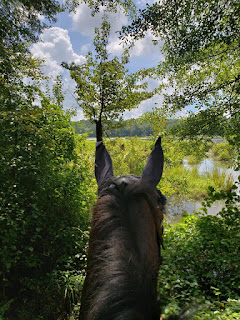 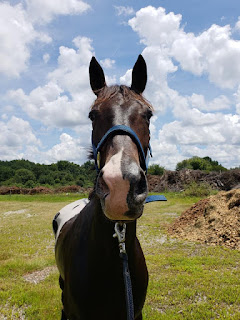 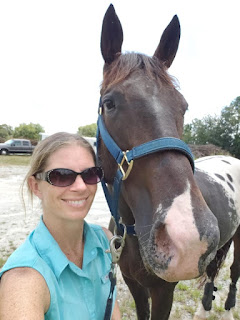 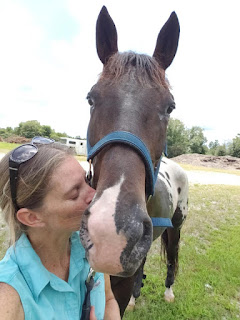 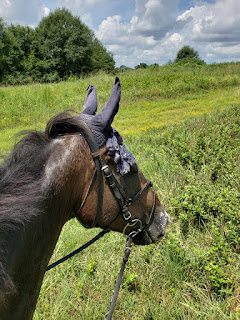 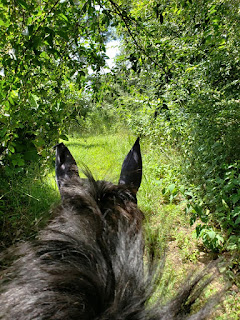 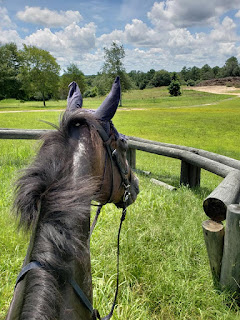 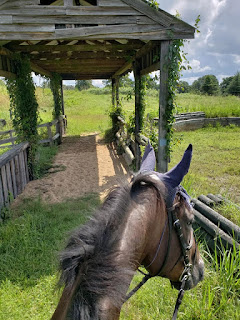 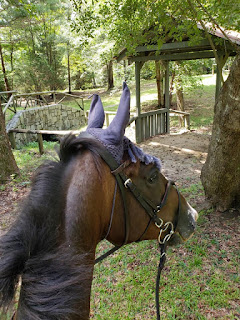 Tonight I gave Danny and Emma each a dog toy that I bought at Tractor Supply. Danny left his in his stall and I locked them out of the barns. Emma was a meanie head and didn't share. :) Ha ha... His face cracks me up!


Man he's a hunk though! 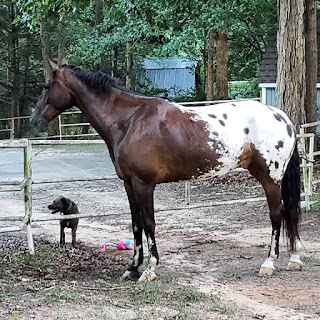