Dan got scoped this morning for ulcers which means that he couldn't eat anything for 16 hours or drink anything for 8 hours. So..... I fed them dinner last night and a big flake of alfalfa and then I had to lock them in their stalls with nothing to eat. They were so mad. I felt terrible for Fleck too, as he had to suffer too. Anyways... Poor Dan. He was so mad last night when I went to take away his water that he was hanging his head over the stall door and just literally biting the air! I'm so sorry I'm sorry I'm sorry!!!

So this morning we hauled over to Halfshire for the scoping clinic. I didn't give him his reserpine so that we could do a neuro test since Dr. Gillis had mentioned that he looked "loose" at his last visit. And he kind of acted weird that one day in the pasture.

So anyways, Dr. Elliott looked at him and thought he looked sound and he wasn't sore over his muscle tears. Yay! But when we went to put him on the lunge for a quick little trot he went up and was being stupid. So we drugged him slightly. Only, it ended up not being slightly... we had to use the whip to get him to trot. So then we did the neuro part when he was a bit more awake. It wasn't terrible and could have easily have been lazy warmblood and/or drugs. But then Dr. Elliott did the tail pull. He almost pulled Dan off his feet!! Yikes! And... about 2 minutes after that when he walked back into the barn, he got spooky for some reason and his tail went straight up in the air, he got tall, and he spooked. So... he wasn't that drunk. Sigh... So we're submitting blood to see what that says. Hopefully it's not EPM. Good grief Dan. Although I suppose.... you might as well as get it all out in one fell swoop. If you're out of work, at least it's all at once. :) (hee hee.. He kept calling him Ralph!... Wreck it Ralph sounds about right!) 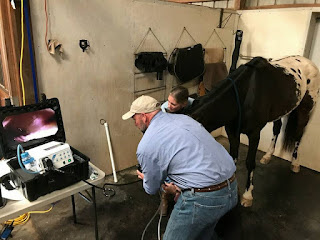 So then we scoped him. He had mild ulcers. Not a ton, but a handful. Grade 1 mostly, maybe one or two grade 2's. SO.... yeah. But really, considering the stall rest, the rehab, the lack of grass and turn out and being able to run, etc, etc... I was surprised it wasn't worse. So... we'll treat him for that.
I stayed around to help and watch the others so by the time we were done, Dan was long since unsedated. I gave him his reserpine after he was done, along with his alfalfa cubes and alfalfa hay 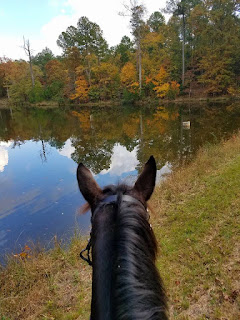 so he was a happy camper on our ride. 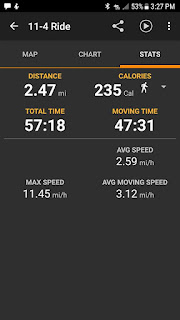 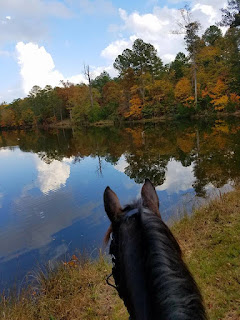