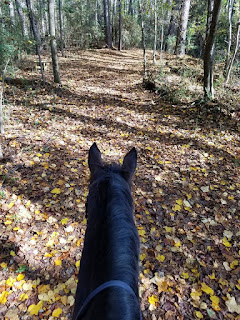 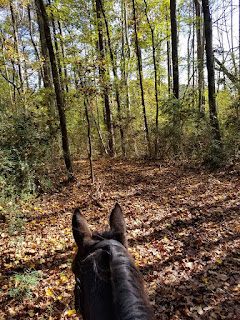 Today was a good day. I got up fairly early (for a Saturday) on my own and got stuff done. I fed the ponies first so they could have a little bit of outside time before I rode. Dan was a little fresh as it was chilly. He reared up once or twice on the walk down to the round pen after I fed him. But then he was good once I turned him out. I let him chill for a few while I did some laundry. But then I noticed him starting to roll and he was close to the fence so I yelled at him. Well, that started a whole bucking, bolting, spinning, sliding spree. Doh! And he still rolled, but at least not into the fence. 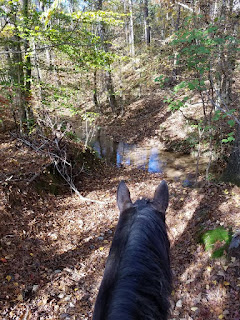 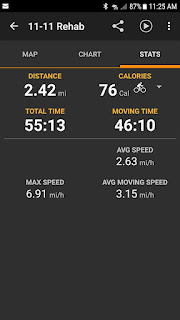 So I decided to just go get him and go for our ride. It was still chilly but not too bad. Plus I had to empty out and wash the trailer so I wanted to ride first. We started out okay but he was a bit up still. Not bad considering the antics in the round pen earlier. We headed out on the path along the lake and as we got to the lake I saw the boat. Someone was out fishing. Dan got all interested and "up" but didn't do anything. So... we breathed a bit finally and moved on. Then I saw another rider trotting up the dam. Unfortunately she hit the open XC field right about the time Dan and I were just about to enter the clearing from the path. She didn't see us and picked up the canter and Dan bounced straight up and tried to join them. I managed to keep him under wraps. And then we were able to carry on. I'm actually quite impressed with how easily I can get him under control. (Aside from when it's completely out of the blue, like the fallen tree). :) After that our ride was uneventful.
Posted by Holly at 6:28 PM