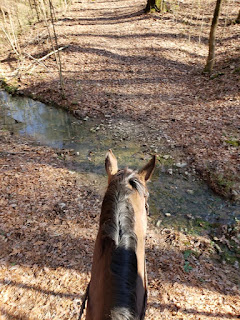 BRRRRRRR!!! It was so COLD and so WINDY today!! Mike got up and went to check on his car and then got us a membership at the gym so we could use their shower. So... I figured it might be easier to go shower with him rather than make Dan sit in the trailer after my lesson while I worked on Atlas and Josie and then went to High Point to shower. So I went with Mike. BAD IDEA!! The gym shower was TERRIBLE!! It was sooooo cold. The water was warm... in the sense that it wasn't cold, but.. just barely. I mean, it felt sort of warm but by the time you got in, it was downright chilly. I was shivering so hard I almost couldn't shower. And the water pressure was terrible too. Sigh... But.. we went and had lunch. When I got home it was just about time to go for my lesson so I sent Beth a text asking because.. it was really cold. And really windy. Like... I was tempted to not ride today. So... The truck was started and Fleck was munching on hay, so I loaded Dan up. About the time I shut the ramp, Beth texted back "We can... but it's pretty miserable!". Ha ha.. I asked if the ring was jumpable because that would be worth it. She said nope, so.. I decided to cancel. I debated just unloading Dan and spending the next two hours in the house. BUT... I needed to go get gas and... he was already in the trailer.. and I was already dressed to ride... So I just took him to get gas. And while it was bitter cold outside... in my car it was warm and toasty, so... I decided to just go ahead and go to Ashland. If I went home I would have to do paperwork and I didn't want to do that. ;) ha! So we hauled to Ashland. The arena's and XC fields were closed so I tacked up, put the quarter sheet on, and off we went. We did a nice hack in the woods and fields, a little bit of trotting and even a small bit of canter. It was fun. And despite wearing wool socks, winter boots, fleecey breeches, a long underwear shirt, a fleece, a heat reflective vest, a jacket, and my ear cover up thing on my head... I didn't get warm enough to take my jacket off until the very end. But it was pleasant. I wasn't cold..  We had fun. 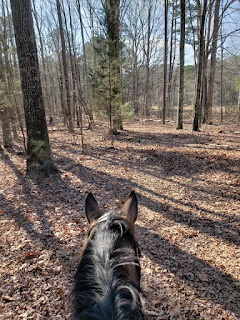 Then I was a little irritated because I realized that now I wouldn't have Dan in the trailer when I went to work on Atlas and Josie, so I could have easily showered at High Point, but oh well. Hopefully the water will be fixed tomorrow. 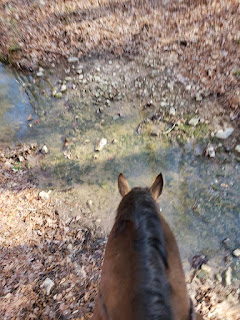 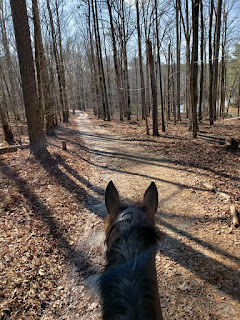 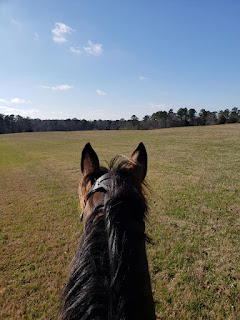 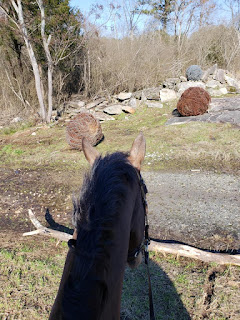 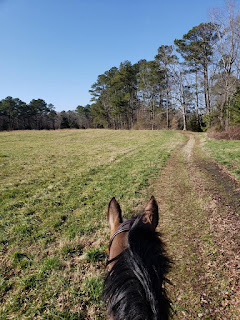 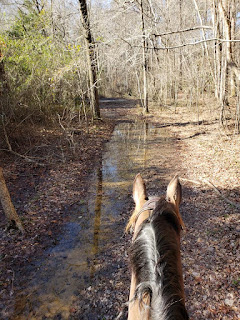 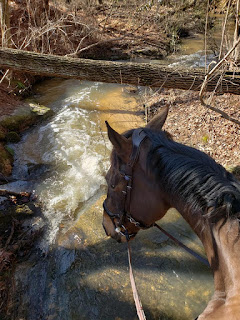 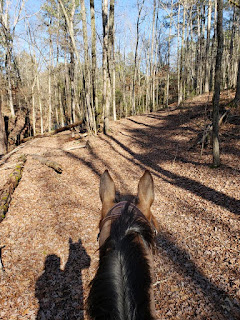 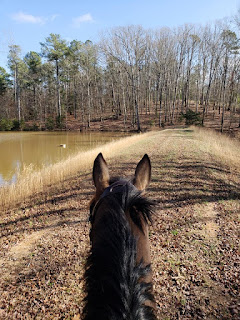