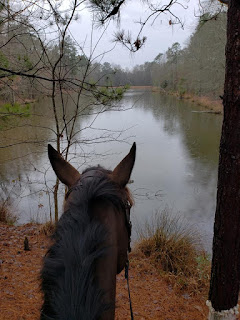 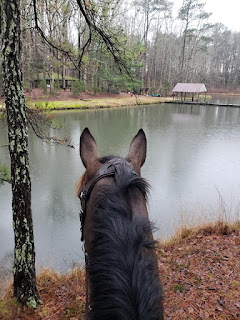 I'm going to pout and fuss and be petulant for a minute. Or 10. I'm so over this weather. I'm grumpy. I'm cranky... I'm tired of rearranging plans to try to get to ride and then getting screwed because the weather won't cooperate. I'm mad that they cancelled the Novice 3 Day. I'm cranky. I miss bread and cheese and I JUST WANT A FREAKIN' DONUT OR APPLE PIE!!! So... anyways... our Ashland lesson got cancelled last weekend and moved to Thursday and Saturday. But on Thursday Mike needed me to help him move the boat so that they could take it out of the water and check it after the dock collapsed on it. So... I told Beth I could ride in the clinic but it would have to be later. Well, of course, I couldn't get back in time to make the clinic, so I was irritated about that. And one weather app said rain all morning and another said rain all afternoon, so either way I was going to get wet. 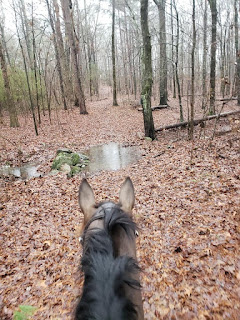 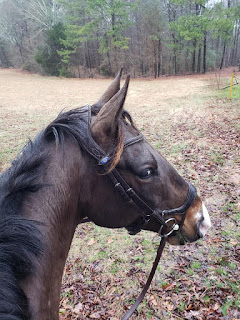 It turns out that the rain stopped pretty much as soon as we got on the sailboat so that was good. And it wasn't a bad day. It was fun hanging with Mike and while there was no wind and we couldn't sail... we had a nice hour long boat ride. We did put the sail up for a bit and added 1 knot to our speed, but we didn't even turn the motor off while we had the sail up. It was a gray gray gloomy day. And rather chilly despite the 55-60 degree temperature. And it was pretty cool seeing them lift the sail boat up out of the water. So after that I drove Mike back to his car and then headed home to ride. By the time  I got to Ashland it was about 4 pm and as soon as I pulled in, it started to drizzle. I was sort of debating not going to ride and going grocery shopping instead. And I probably should have. But since I was already there and had made the effort to haul, I got on. And it kept raining. And it was soooo smooshy. Oh, and... when I went to schedule my ride, Lucy had closed the arena's and XC field. (Not that I can blame her, but Beth had the stadium clinic that morning, so... it just felt personal considering my mood already and the fact that the rain started the minute I pulled in). So.. we walked. Because what else could we do. So we walked in the woods in the rain. And at first I was irritated... It was wet.. it was raining... I should have gone to the grocery store... my saddle is getting wet... it's chilly.... this is dumb.... we can't even trot.... they cancelled the N3D so what's the point of fitness work?..... But then.. I started to realize that I was having a good time anyways and Danny was glad to get out and about. And while it was wet and squishy... it was squishy and funny sounding. So... I decided it wasn't too bad afterall. But we did keep it to a short ride because it was still raining. Of course once I got off, the rain pretty much tapered off, but oh well. 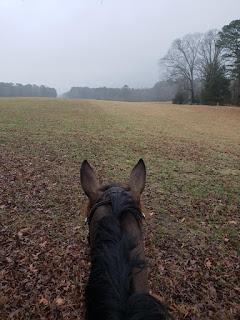 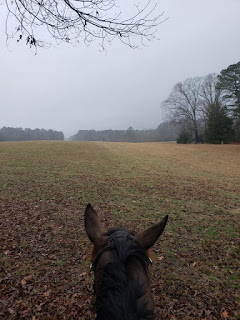 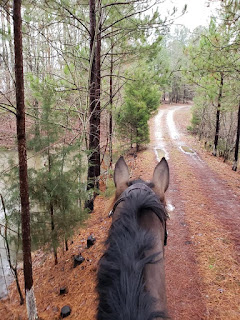 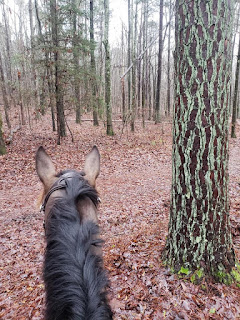