I needed a good dressage ride! And I got one!!!

Danny was super today!!! We worked on the first level tests and even the 3 loop canter serpentine and he was awesome!!! He was a hair sluggish but not bad and when I asked for more, he did give it. :) We were both tired but we had a great ride :) 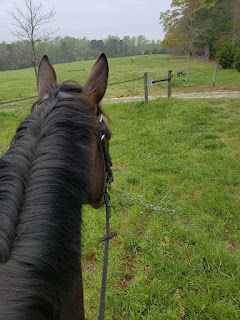 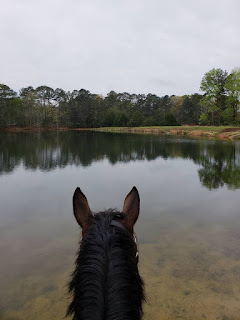 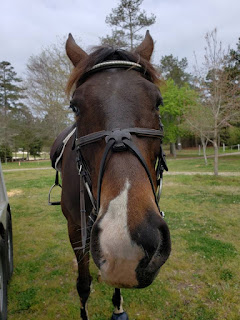 And then we got great news from Dr. Grisel. He watched him lunge and aside from a little bolt where he sort of half attempted to run back to the barn.... he was great. Dr. Grisel thought he looked much improved, both in the front and the hind! So we shockwaved him again and his shoulder was still bouncy but not as bad. I asked if we needed to do another treatment and he said possibly. He said he thought we might have enough improvement without needing a third one, but we set up an appointment just in case. He also looked at Dan and said something along the lines of "You know... he's nicely put together and he's so uphill....if we can get his hind end muscled up... you two are going places"!. Yay! It's nice to hear that. Now to get that booty muscled up. :) 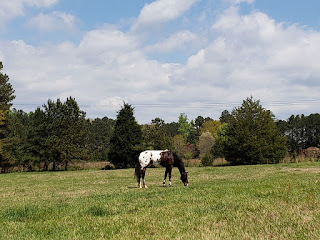 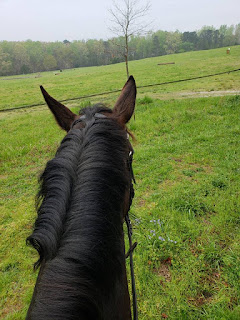