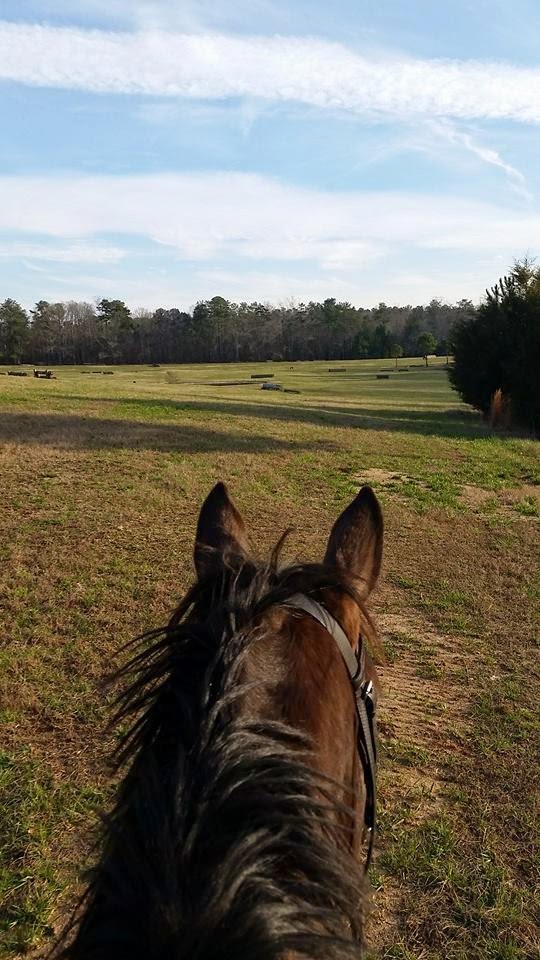 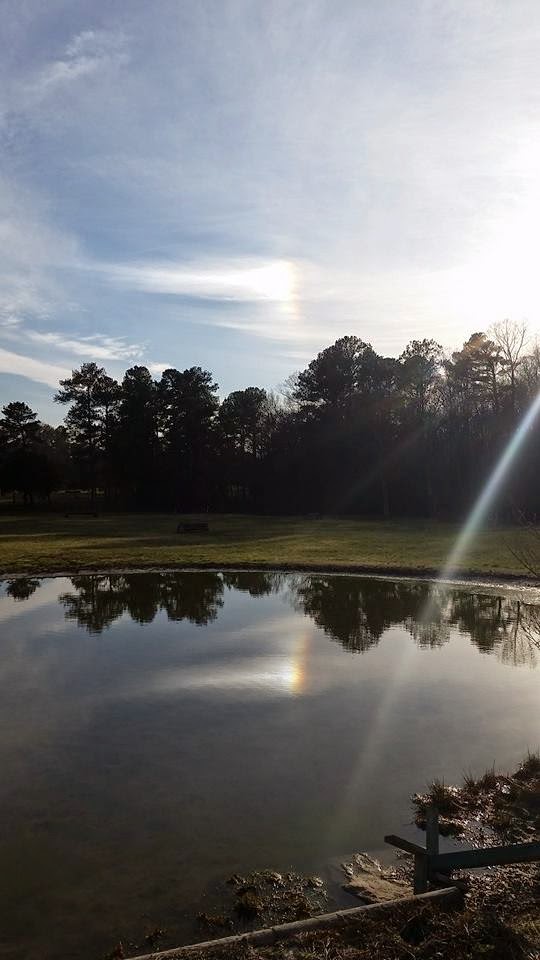 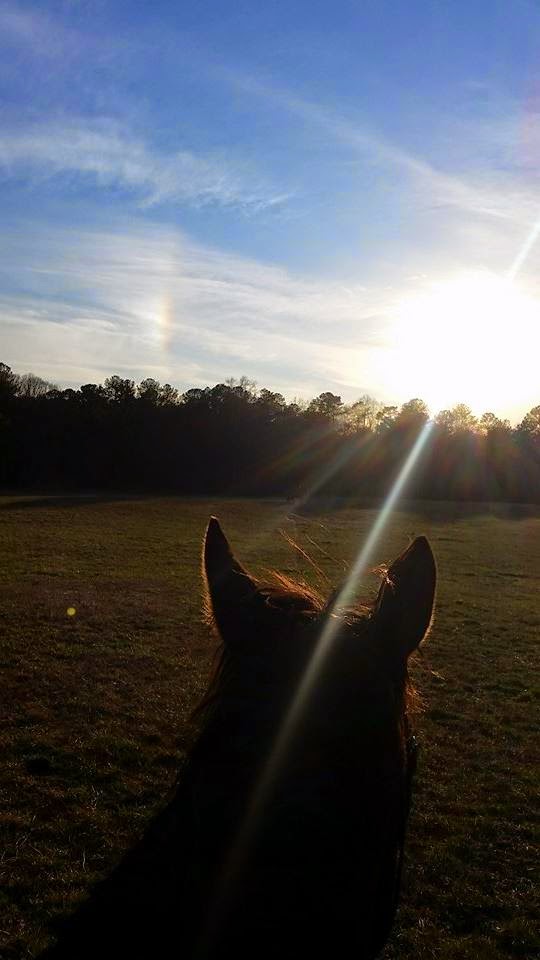 Oh glorious of days!!! Hallelujah! I really needed some sunshine. I don't know how people who live in places like Seattle do it. I was really super grumpy and just in a foul mood. But... a few minutes into my ride, and... I no longer wanted to punch everyone in the face. Ahhhh.....sweet relief. 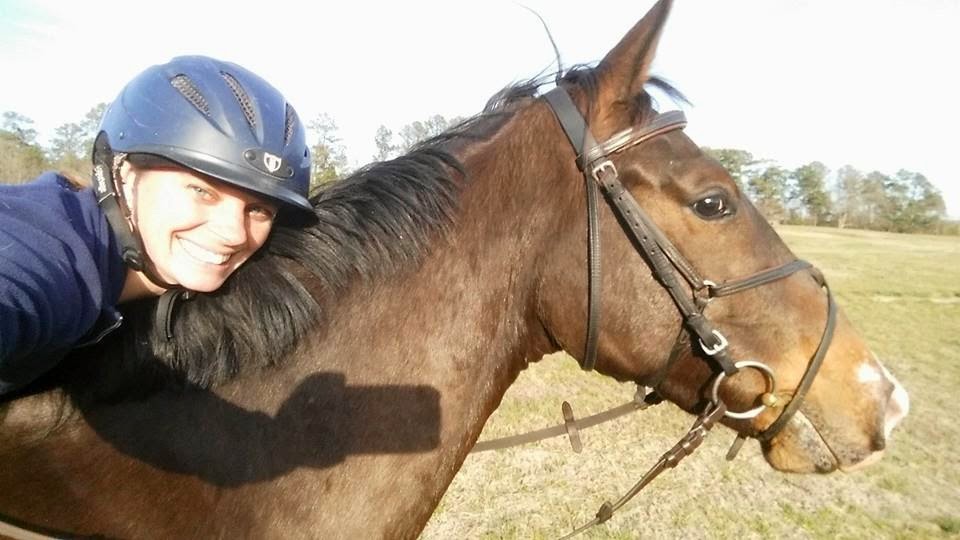 We had a fun day. I decided to do a little fitness work again so we headed off and did some trotting and some cantering. Nothing major really. We did some hill work too. In the far back hay field we were trotting along the edge and I was thinking to myself... "how nice is it that I can take my almost 4 year old out in the field by himself and we can trot and canter happily without any mishaps". And not 2 seconds later Dan spooked at a tree root, dropping his shoulder and bolting sideways, and then went to bucking. Of course! He actually got my out of my stirrups because he surprised me so much. But I was able to get him back together again and we carried on. Doh! That will teach me. ;) 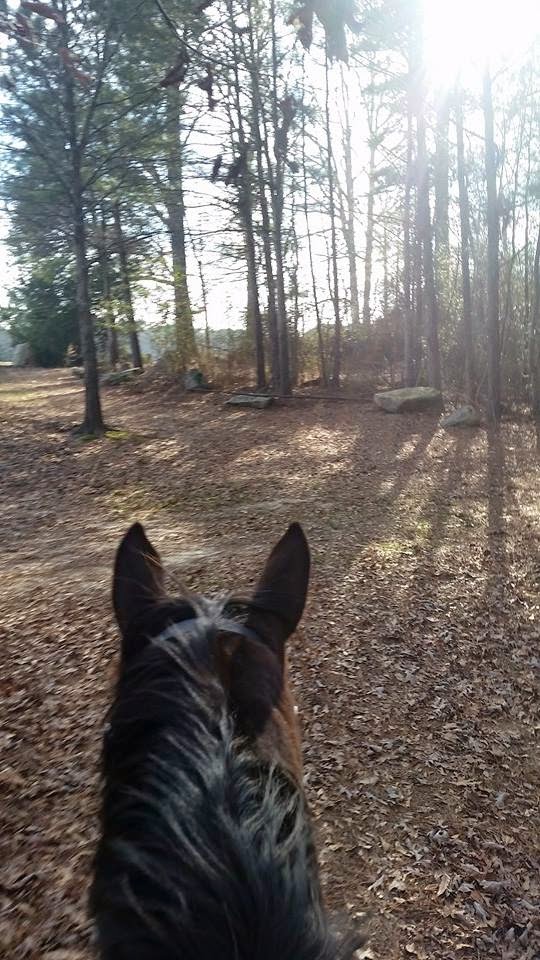 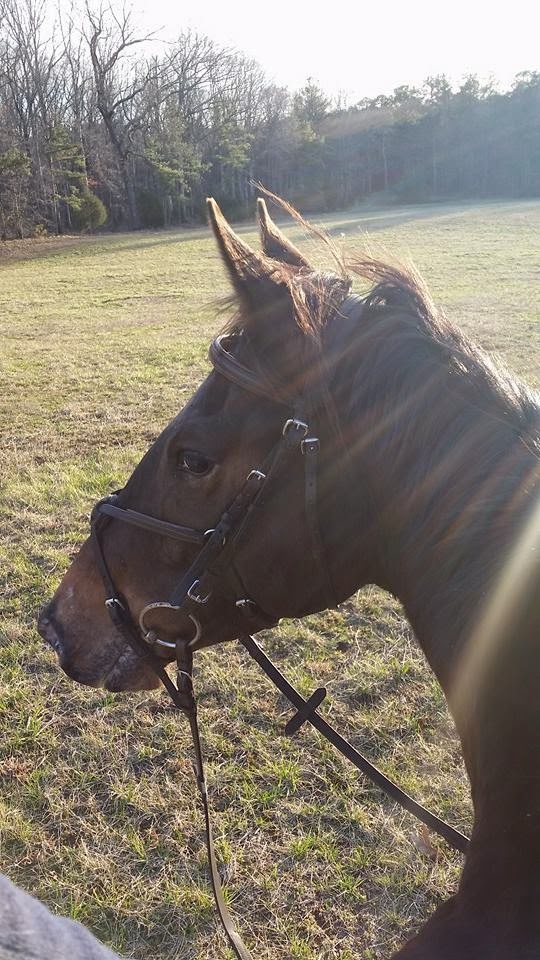 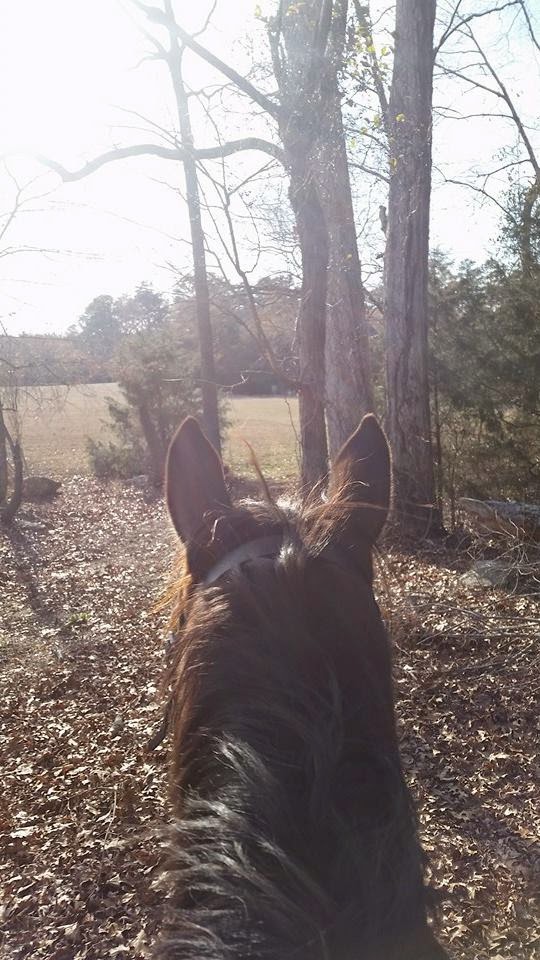 So then as we were in the way back of the field Judy texted so we went back and met up with her in the XC field. Dan and I walked into the water and up and down the banks again. He still won't go down the bank into water without first going up the bank, but at least he didn't really hesitate going down after going up. :) That was also when I noticed the rainbow in the sky. Which persisted for the remainder of the ride. I actually noticed it first in the reflection of the water complex. I almost got Dan's ears in the picture but that was right as Judy showed up so he was looking the other way towards Cash.

So then we carried on for a nice leisurely trail ride with Judy. We got to the open fields and she wanted to trot so we did some trotting. As we were heading to the back hay field I told her about what Danny had done. And no sooner than I finished my story and warned her that we were coming up on the spot, he did it again! There was a tree trunk or something that scared him. Luckily he spooked around Cash instead of into Cash and we managed to continue on our way. Goober. Then Judy and Cash did a little work in the field behind Halfshire. Since Danny was pretty tired at this point, I just let him hang out a bit while Judy played. Cash was being a bit of a pill so at one point she just let him gallop up the hill. He went all out and came careening up. Danny went from grazing to quite perked up! And I happened to be videoing Judy when she did this. I didn't realize she was going to gallop so I wasn't sure what was going to happen. Danny was really good though and held his ground. Then went back to eating. Hee hee. He's either really level headed or he was that tired. :) 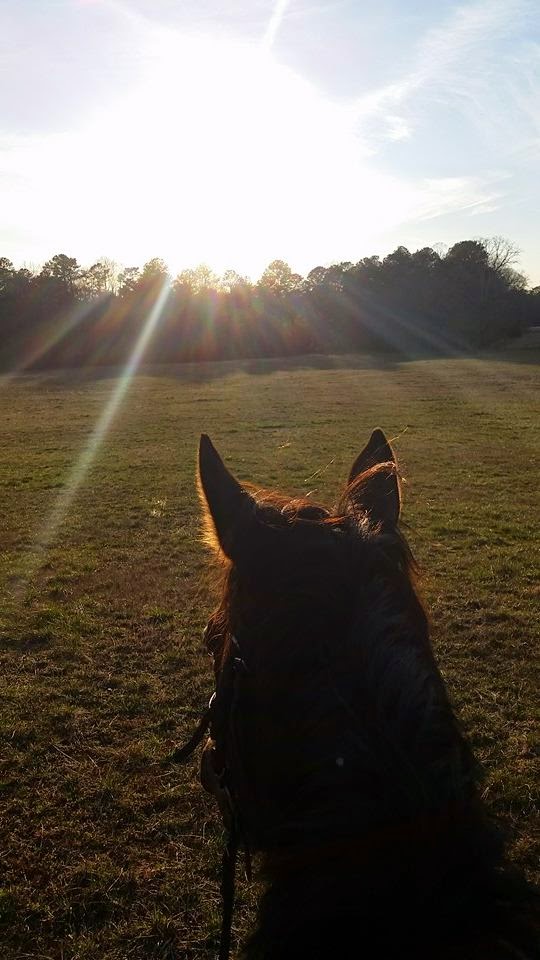 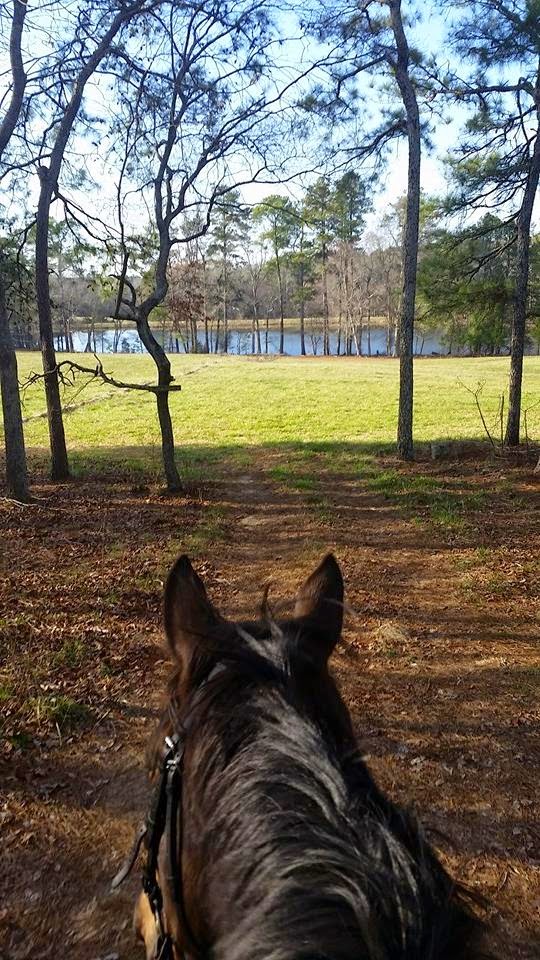 So then we headed back to the XC field and I let Dan graze and mosey around while Judy did some work in the field and jumped a bit. Dan enjoyed grazing and we headed in. Turns out Danny had a good reason to be tired at the end. We ended up doing 7.77 miles! Yep... getting the baby fit. 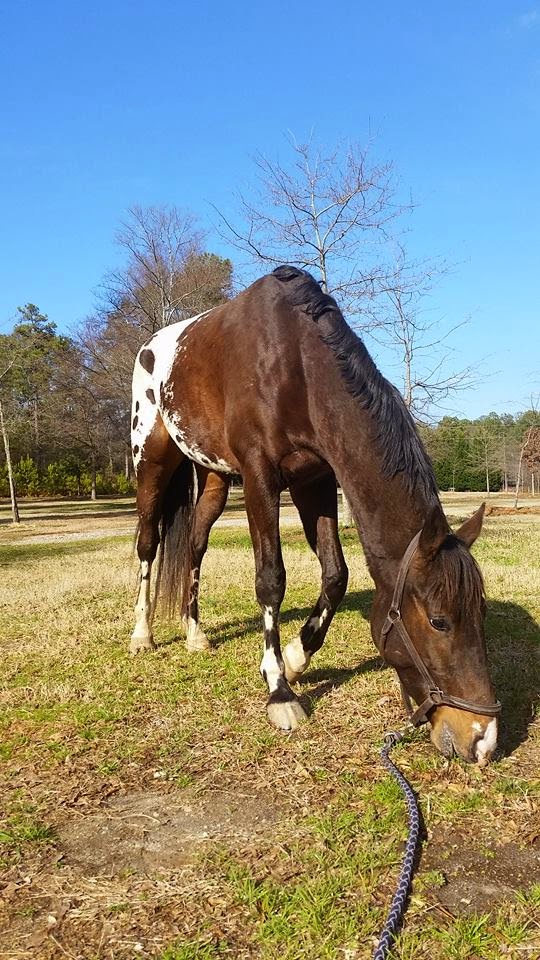 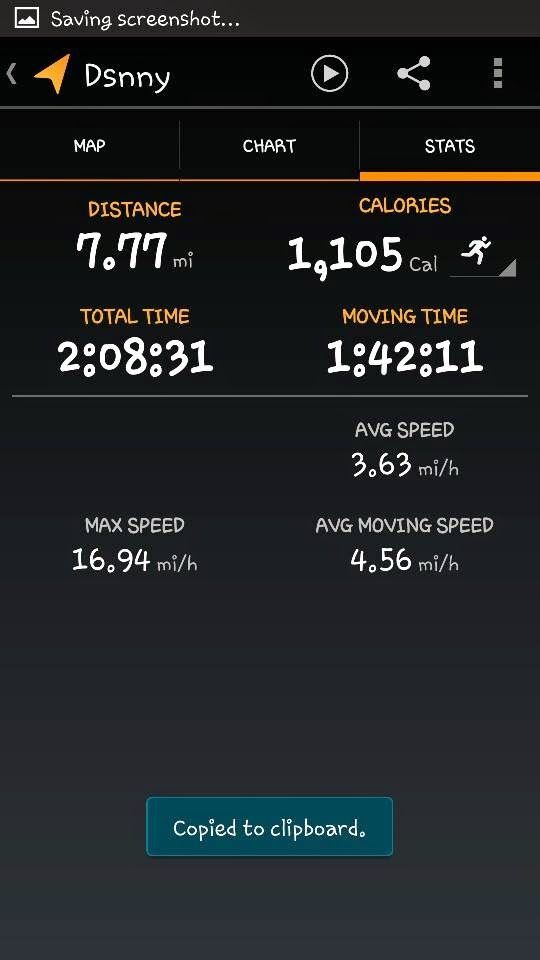 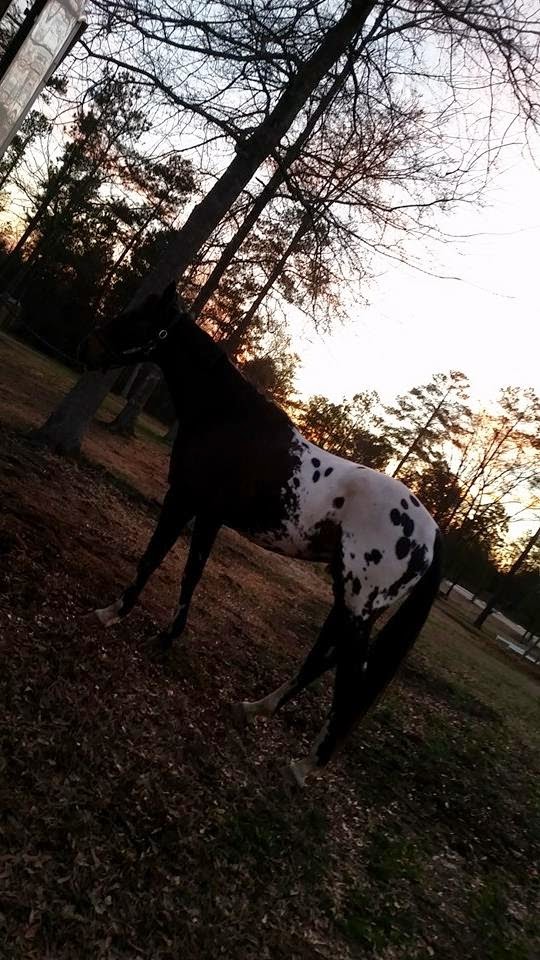