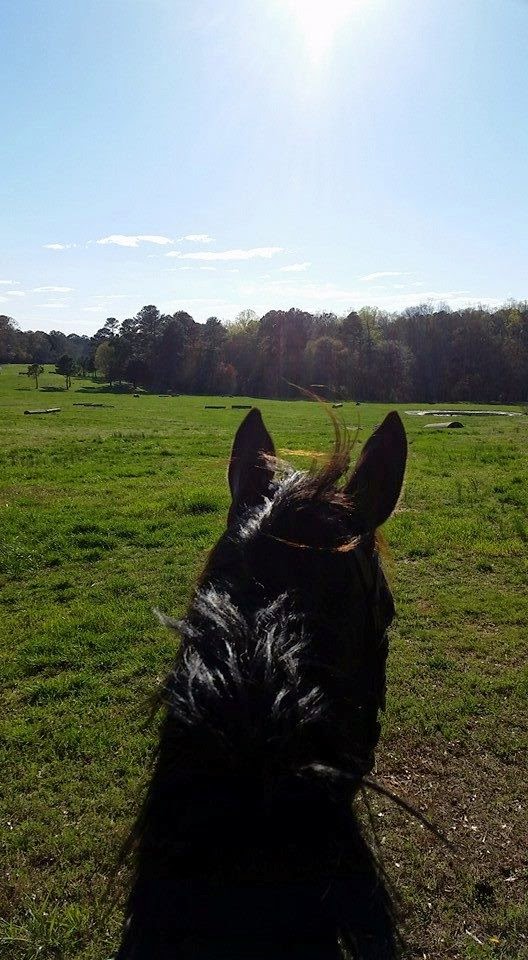 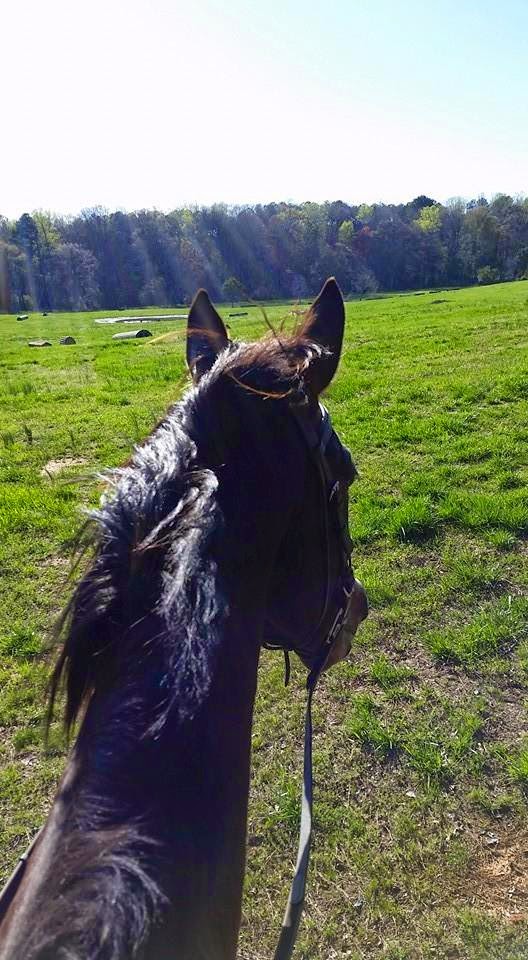 Argh.... sometimes I think I'm ruining him. Sigh. I've been so frustrated lately with everything. It seems like every time I try to do something well, I screw it up. Or make it worse. And it was the same with Dan today. We worked in the ring and I was attempting to work on the left bend issues again. I swear I was doing all that had worked previously... inside leg, sitting evenly, not blocking with my outside leg, not pulling the outside rein. But apparently I was missing something. Danny kept bulging in and then he was jumping out of the arena. I got frustrated and got mad at him. Which totally isn't fair. He's a baby! I'm teaching him horribly. I finally realized that I wasn't pushing my inside leg down and opening my shoulders to the inside. I did that and the last 10 minutes of my ride was decent. We actually stayed in the corner instead of circling into the middle of the arena. So I gave up and took him out for a short hack. Why?!?! WHY can't I figure this crap out? So frustrating. 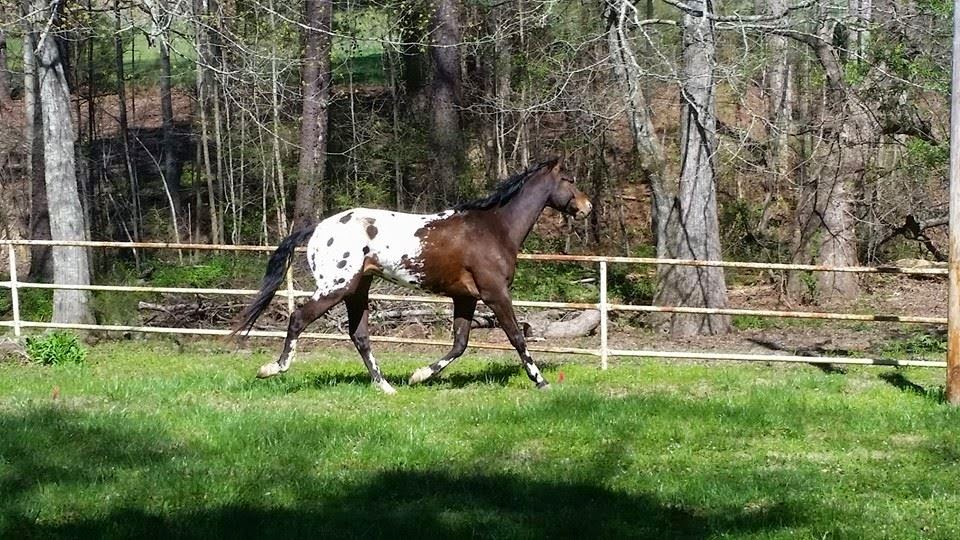 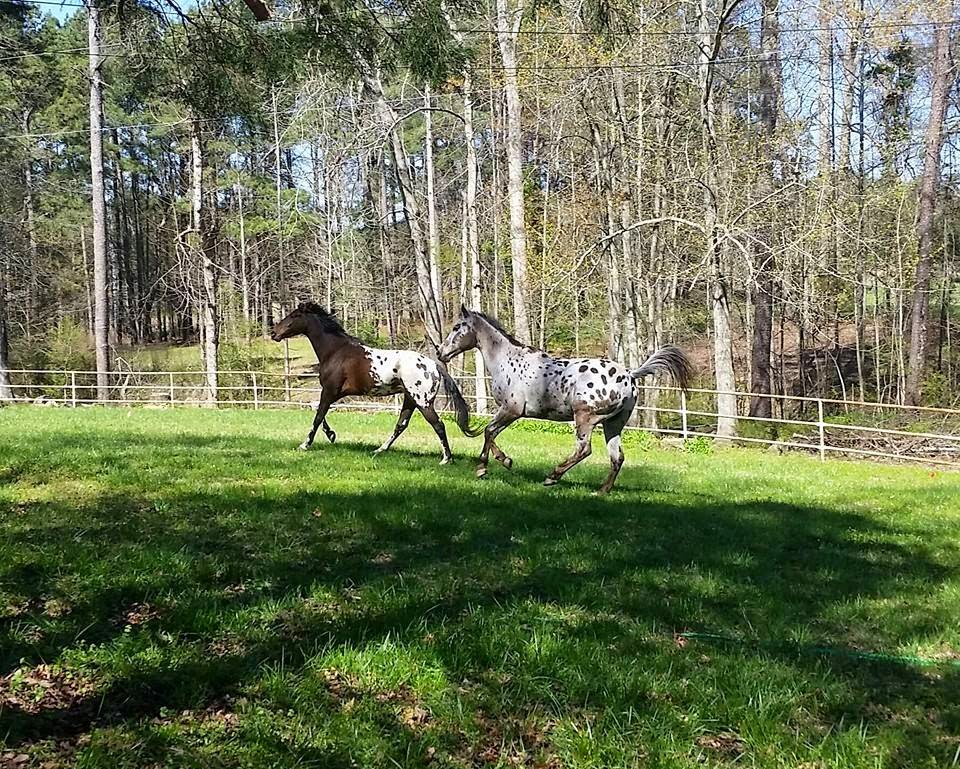 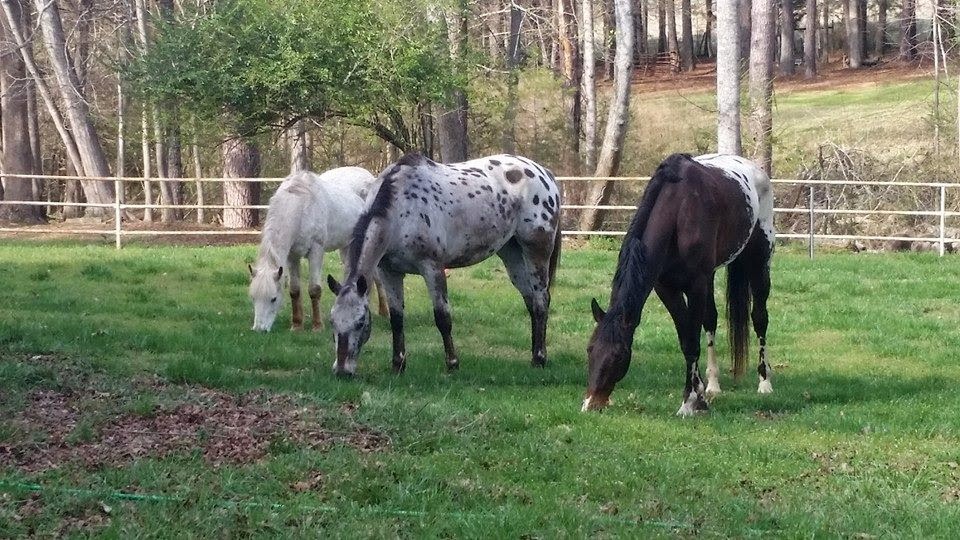 I did get home and let them graze in the front yard. To add to my frustrations, when I got home, I just needed a hug. And Fleck, usually my hugger, was like "meh". He wanted me to scratch his butt. Which is typical, but usually he knows when I need a hug and hugs me back. Sigh... Interestingly though, Danny was snuggly. Sigh... and now I feel worse. But they did enjoy the grass. So there's that.

Hopefully I can figure this out before I completely screw him up. He deserves better.
Posted by Holly at 2:31 PM