Today was a relaxed day but I'm glad we got to ride. The weather was supposed to be awful all week but it pushed back to later tonight so I was able to get in a ride. Luckily the rings had dried out enough that we were able to flat. Danny was highly distracted by friends in the beginning but we managed a good 30 minute dressage ride. We are getting more even with our heads. Him and me! I'm not cranking mine in so much and he's also holding his between his shoulders more consistently. We even had a smidge of an outside rein again today. He's getting pretty good and yielding his barrel off my inside leg, sometimes to the extreme as we hopped out of the arena and took out the letter E. ;) Doh! We had some pretty decent baby leg yields at the trot and some nice trot. It started out pretty forward, then got a little bit behind the leg, but forward again after our canter. Then we got some better upward transitions to the canter. We played a little bit with the baby counter canter. He was really trying. If I turned too tightly though he would swap in front. Oops. Sorry Dan, my bad. But when I planned a much smoother and mroe gentle arc, he held it. We worked on square halts too and also walking forward from my seat aids. So good stuff today.

Then we went for a short hack to say hi to Devon and her ponies and also ran into Sarah Beth and Ann. We splashed briefly in the lake and did a bit of hill work and headed back. We stopped at the stadium ring to chat with Kim and Nicky and he stood like a gentleman for the most part. 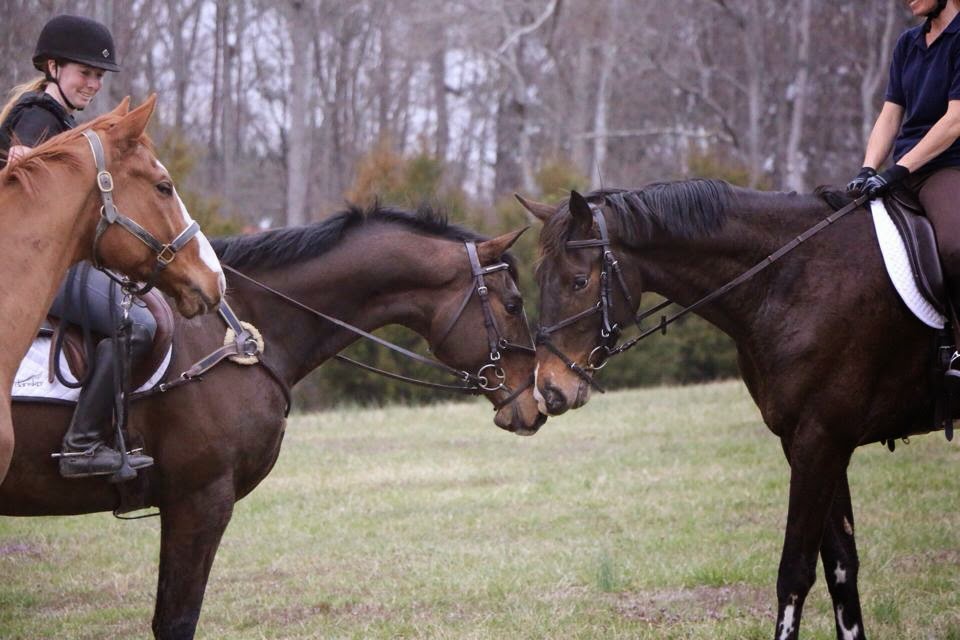 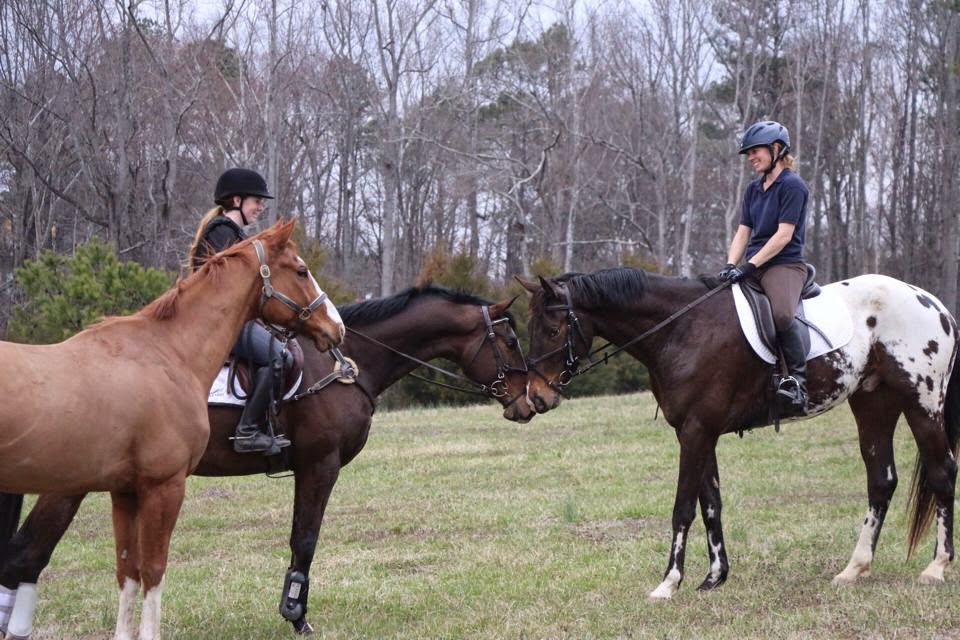 So now he'll get Tues, Wed, and Thurs off because of the weather, my work schedule, and because he deserves a little rest. Then Friday it's another lesson with Cindy and maybe Saturday a lesson with Beth.
Posted by Holly at 6:10 PM