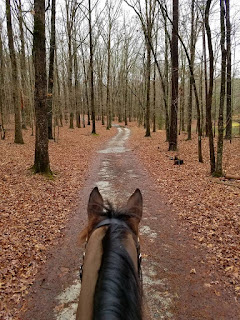 The weather was actually more cooperative today than it was expected to be so I was able to ride. :) It poured pretty hard most of the night but stopped much earlier than it was supposed to. Yay! So I finished some work and headed out.

We were the only ones out there for most of my ride. I started off walking for our warm up and worked on the timing of my "parades" again. Then when we hit the halfshire field and the footing was good enough, we did a 5 minute trot. We did a second 5 minute trot in the hay field. I worked on timing on the half halts again at the trot, which... man... that's SOOOO Freakin' hard. How on earth are you supposed to close your leg on the up of the post?? Argh... Interestingly enough, it's easier with the jump saddle than the dressage saddle. But it's still super hard. And makes me feel the burn!! So we did a few attempts repeated and rested in between. I also did a few steps of posting without stirrups. Again, feelin' the burn!!!

So then I wanted to get in my canters so we did headed to the crazy rooster redneck hill area as I thought that footing would be conducive. And it was. But it was only about 1.5 minutes worth. Sigh.. As we were migrating back to maybe do it again, we ran into Jeff and Beau. Ha! Of course. Go figure. He would be the only other person crazy enough to be out there. ;) We chatted for a bit and then he joined me on my ride. We trotted the paths where the footing allowed and then did the big hill up to XC. We actually picked the one Dan usually zooms straight up and he trotted politely up it. Wow! 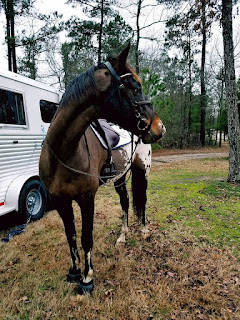 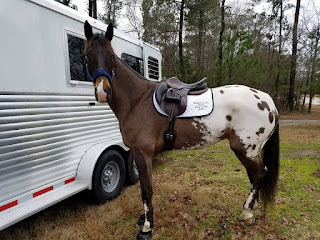 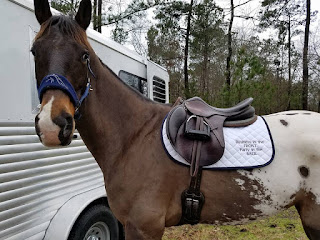 So then when we got to the XC field we cantered together and did one lap from the bottom around the outside to the top of the field. Then we did the same lap down to get the other lead. It was a little soupy but not terrible. Dan felt a bit like he was working hard as it was swampy so I decided to quit with that. It was probably pretty close to our five minutes of canter anyways.

So then we headed home. But yep.... not a bad day to ride. We didn't get rained on and it wasn't super cold. And we were able to accomplish some work :) 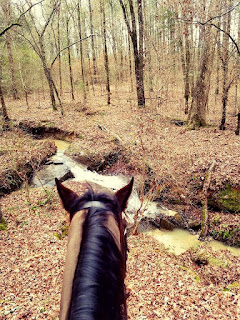 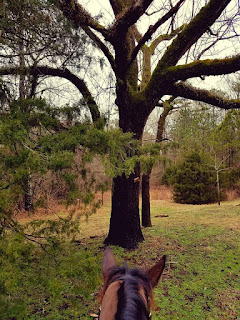 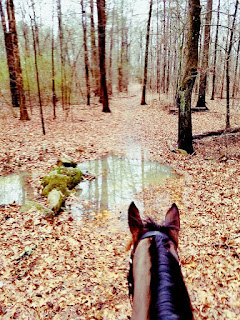 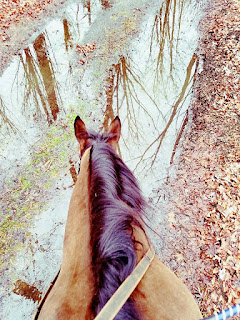 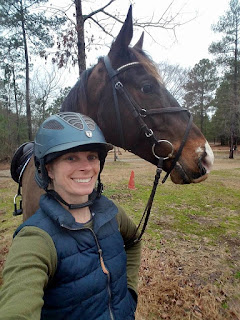 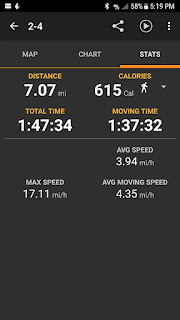