Happy Birthday to me!!!! #legallycantering 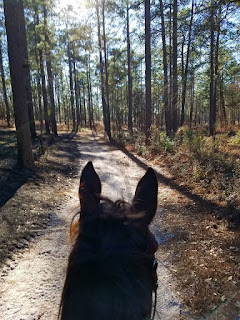 So... great news!!! Danny and I headed to Aiken this morning for his recheck on his butt. It looks AWESOME!! It is healing super well. He's laying down organized tight fibers. Some of his scar tissue is even better and resolved. Although he did have one scar fiber in the middle of his accessory gluteal but it's small and doesn't seem to bother him. Dr. Gillis was impressed with him. :) And... WE GET TO CANTER!!!!

Well, technically... she wants his shoe's changed a bit first. She said that the discrepancy between both front feet is not good and needs to be fixed before I can canter. So.... I texted Freddie. Funny enough, turns out he was in Aiken today but beat me home by about 2 hours so...  he's coming Monday. BUT... I couldn't help it. I figured that we would be fine to have a canter and we were at Hitchcock Woods.. how could we not?!? So we did. :) 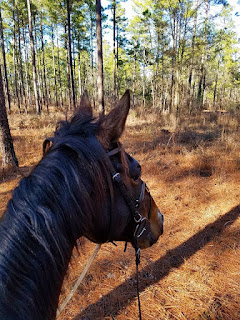 He was super. We did our 20 minutes of walking. Then we did two 5 minute trot sets. Then we did our canter. She said 5 minutes... which I was surprised about. I was expecting 2 minute canters. But yahoo! Danny said that 5 minutes starting out was a bit tough after all that time off so we did about 3.5 or 4 minutes and then took a few minute breather and finished with our last 1.5 minutes. Plus the footing there is a bit deep in spots so he was working hard. And then we did another two 5 minute trot sets. 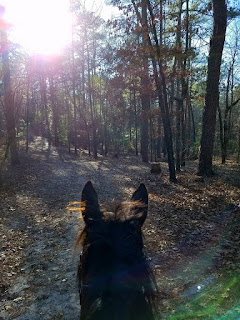 We had a blast!!! We got a little lost but found our way again. They had burned a bunch of the area so there was even little smoke fires still going. But Dan was super. :)

Ahhhhh....we both feel better. Now to find time to bathe and clip the furry beast. :) It's getting a bit warm for canter work. :) 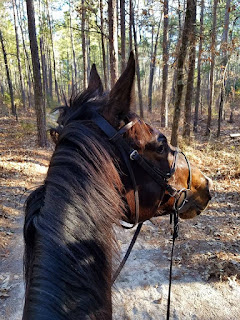 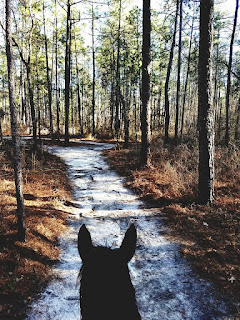 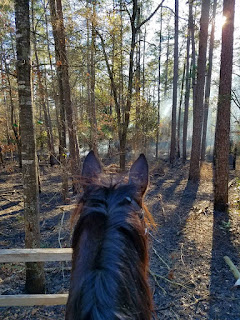 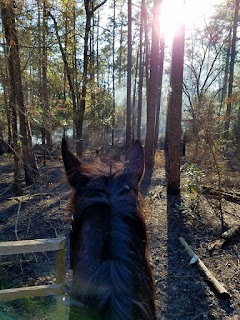 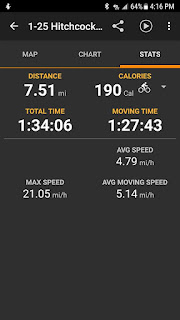 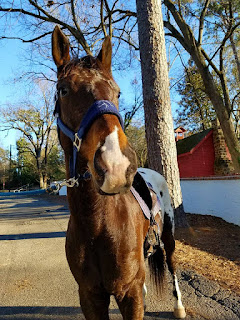