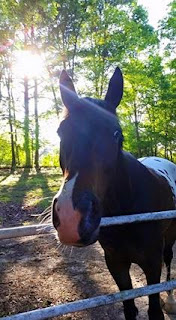 Danny and I went to the Rolling Hills Schooling Show today. He was such a good boy. I cut his mane (which was SUPER long) and gave him a bath at home. We got to the show on time (for once!) and he was all sparkling clean. They were running about 20 minutes early, so I took my time grooming and tacking up. However, I was still ready when I wanted to be ready, before the 20 minute delay. But I figured we could take a look around and make sure he wasn't going to be rowdy. 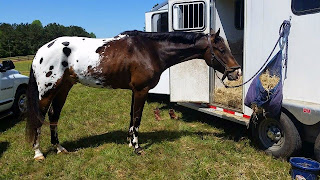 And he was! But only for 10 minutes. Goofball. We went into the warm up ring and there was an A/C unit in the corner that was spooking a few. He was a bit of a twit and did a few bucks and scoots in the warm up ring. We were having troubles getting the right lead because in one direction he was spooking and bulging because of the A/C unit and in the other, I was afraid he was going to bolt out of the gate. Because he did! Almost twice. Doh. So... we did what we could and headed down to the ring. 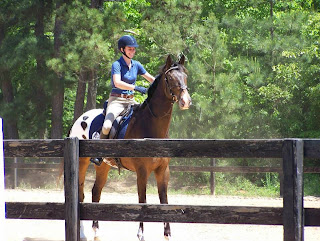 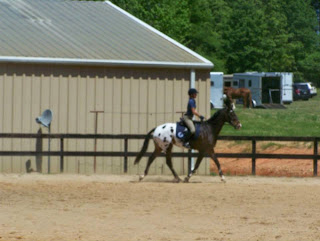 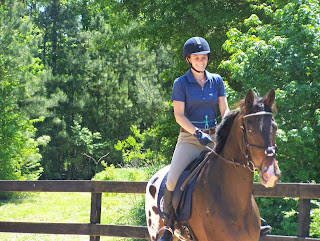 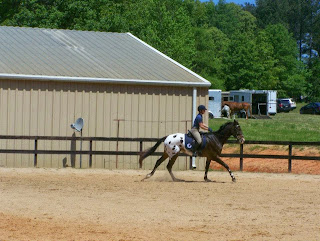 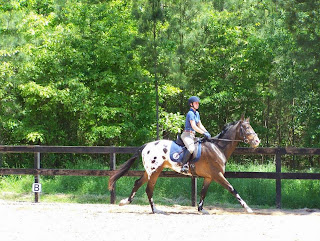 And... they were now running WAY behind. Sigh. I sat around for a good 20 minutes or more and then decided to go warm him back up. And then we still were early for our test. So we sat around for another 15 minutes or so before it was finally our turn. I warmed him up briefly but knew I was running out of horse. It was hot! And I had been on him about an hour longer than I wanted at this point. 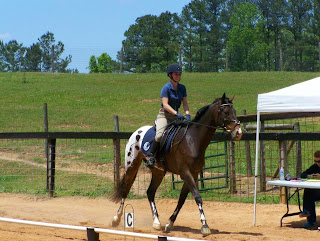 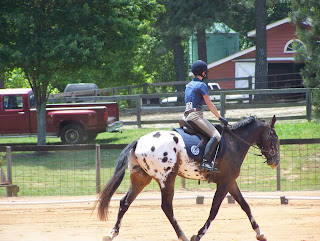 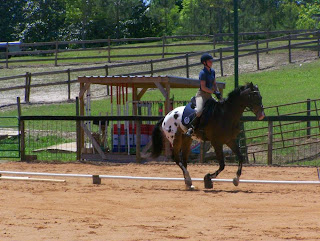 So we went in and did Training Test 2. He walked right in and didn't spook at the judges tent or anything. It wasn't a bad test, but I rode poorly. I didn't have any connection and rode him like a baby horse. We blew our right lead but corrected it quickly. Denni liked him and scored us well. We got a 64 and change and came in 2nd place. I think out of 3, maybe 4. Not too bad. I'll take it. He got an 8 on his gaits :) 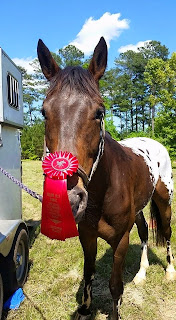 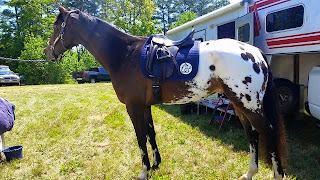 So then I got off and let him have a breather before our next test. I thought about scratching as I knew he was tired. But, I didn't, because.. it was a good experience for him to get in the ring again. And our Training 3 test was bad! Doh. We were both super tired. We missed the left lead this time. And then I pulled him back too early because I forgot that we went across the diagonal. Poor kid. I made him do 3 canter transitions and only one was necessary. And I was tired too so I rode like crap. I think we scored a 57. So still better than some of our earlier tests. ;) But not what he can do at all. 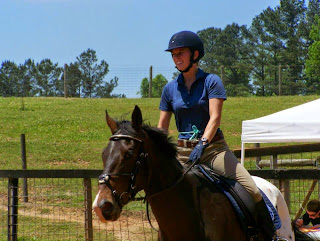 But it's okay. It's more about the experience than the scores at this point. And you know what?! For what it was worth, he was AWESOME. He didn't get spooky or freak out. He went in and did his job despite being tired. And he did what I asked. I can't really ask for more from a not quite 4 year old. :) 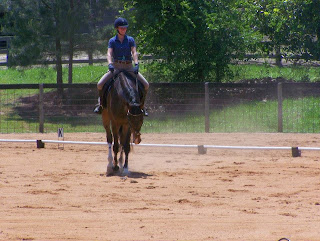 Hee hee... I was laughing because while he normally does have a good stretchy walk, this one was good because he was desperately trying to smell the poop! He did keep going though, so props to him for that. :) 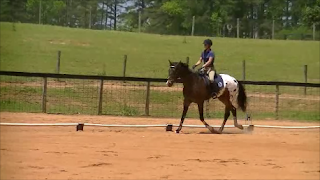 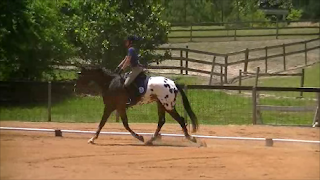 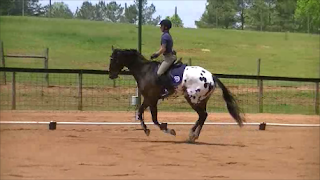