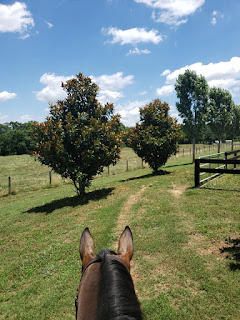 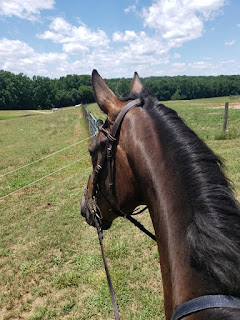 Today was an interesting day! We had a jump lesson with Kelly as prep before Full Gallop. He was shod this morning and he was a bit off in our lesson. But he was happy enough to work and it felt like his usual funkyness, just worse. And he didn't seem unhappy to jump or anything and if I rode him a little shoulder in, I could cover it up. So.. we decided to do our lesson and we would stop if anything got worse.

We started jumping and it was just fine. We were going and doing and I wasn't holding. Kelly helped me get forward and reminded me again how important it is for him to be forward. So the plan was to get him in gear.. check to make sure I had forward and I had settle, and if not, fix it. Then come around the corner in cruise/settle mode... and then as we started towards the fence, I was to think of increasing the speed by one mph each stride to the jump. This helped me not shut him down and get backwards in my thinking. And it worked! Until Kelly added a slightly bigger swedish oxer on the line. We got over it, but I held to it and shut him down. Argh!! So we took a minute to talk and Kelly wanted me to stop over thinking and just count. Only instead of counting, she wanting me to say the colors of the rainbow and as I was saying each color, picture that color. We tried it and... my brain took over and I was saying it but still overthinking a thousand other things at the same time. So then she was talking about how it might be crazy, but she wanted me to think of something that would help propel me forward over the fence and distract me from over thinking. So... I thought, okay.. how about little rainbow hot air balloons... and then Kelly said I needed to get my "roar" back, or something to that effect, so I thought "oooohh, little rainbow dinosaurs.... going into attack mode... RAWRRRRRR to the fence"!. Hee hee.. Leave it to me to go overboard. But... the next time we did it, I tried very hard to count "red dinosaur..... orange t-rex..... yellow brontosaur.... "... and it kind of worked. I overthought, but not as bad. And the dinosaurs gave me some bravado and got me some of my fierce back. :) So... we did a few more lines and it got better and we were about to quit. But I asked to do the swedish again. For my mental status, I needed to conquer it. And we did. It took two tries, but even the first try wasn't even half as bad as the first attempt. And on the second try, we nailed it! #RAWRRRRR. The rainbow dinosaurs helped me think of adding a tiny bit more speed (which really, isn't actually adding speed or lengthening the stride, but maintaining forward) which helped me ride positively and helped Dan be able to lock on and go. :) 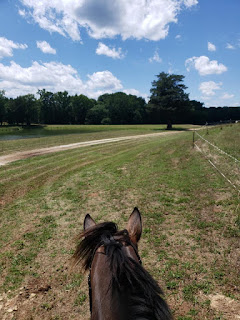 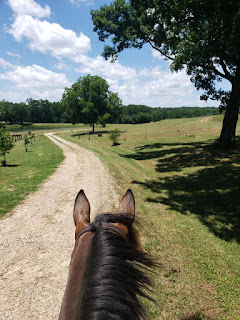 It was great!! Not perfect.. and not where I want to be, but a step in the right direction!! 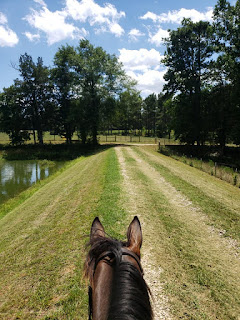 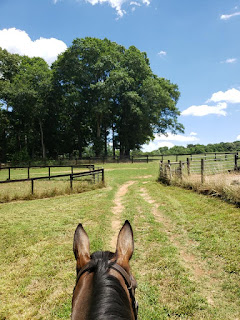 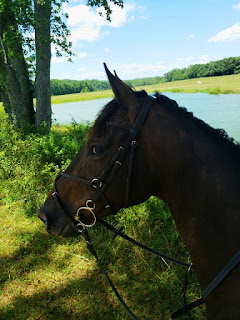 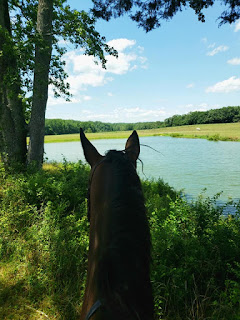 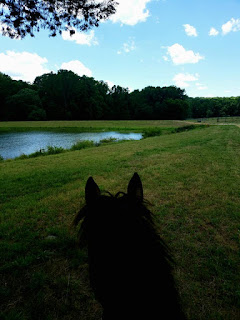 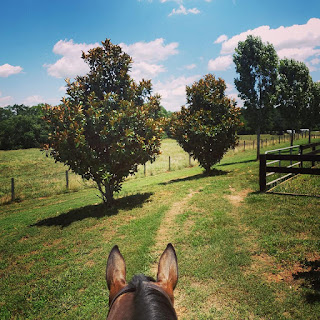 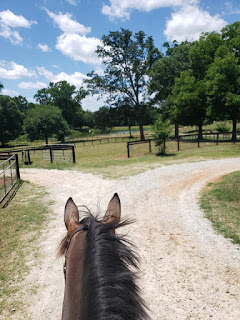