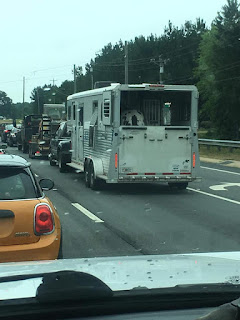 What a day!!! Poor Daniel. He was scheduled for his second scoping today so he get stalled last night. I came in the next morning and he was hangry and had a bloody fetlock and 4 lumps on him. I'm guessing they were welts from horse flies, and also the blood. It was just a superficial scrape. But since he was hangry, I let it all be and we headed to our appointment. 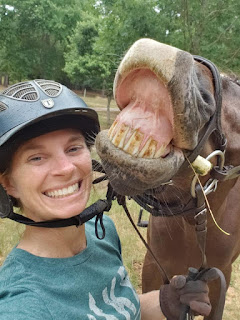 He scoped clean!!! Yay!! No more ulcer!!! However, it took forever! We joked about how many vets it took to get to his pylorus... And I also joked that the chances of the bloody welt filled horse belonging to a vet were pretty high. ;)

We also talked about his muscling again. He still just doesn't look quite as beefy as he should. So, I'll start him back on the renew gold asap and see if that helps. But yay for no more ulcers!!!

We couldn't quite help ourselves so we decided to stop at Ashland and go for a hack. He was a good boy. We just did a short dressage school and then hacked to the lake and back. The heron was out and flying around a lot! He was handsome. And Dan was a super good boy for our dressage ride. We played a teeny bit with the flying change again. We almost got one!! 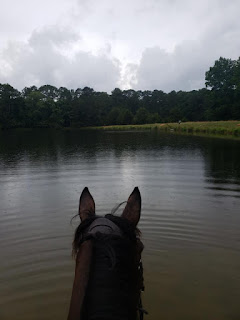 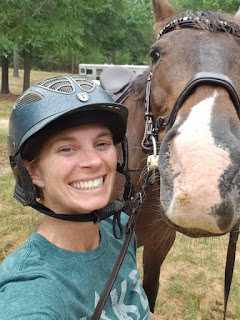 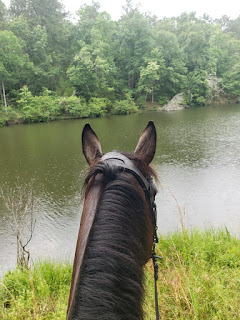 Then, since it was a FULL DAY OFF!!!! I let him rest and relax for a bit while I did some paperwork (okay, not a full day off then I guess) and then I went out to work on him. So yeah... really not a day off I guess. ;) We did an adjustment and some acupuncture too. The plan is to see if his "lameness" is a strength issue so I'll do some cavaletti work, put him on equiox, and recheck and see if it's improved or not. I'm still just so unsure what is going on. Whether it's muscle scarring and biomechanical or a true subtle lameness. I would think, that after 2 years, even a subtle lameness would have gotten worse. But.... ???  Anyways, Dan was a good boy and enjoyed his acupuncture and adjustment. :) 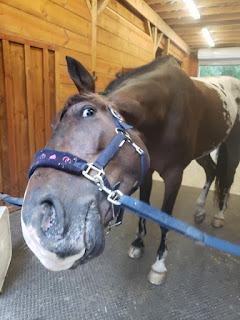 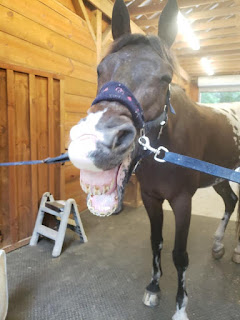 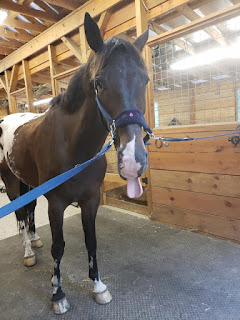 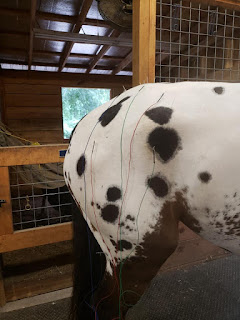 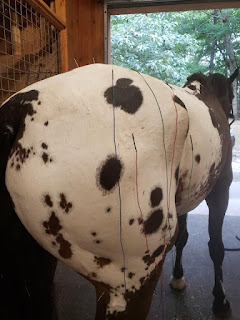