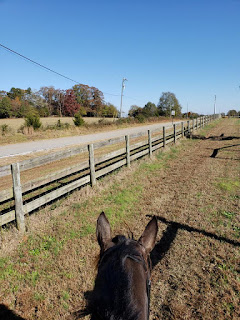 Left lead canter .... hold the right rein.... almost counter bend, don't let him fall left but don't hold him up. Once we get the left lead... leg yield to the left to help him left that left shoulder.

the blockage is in the withers at the base... (Cindy has said this, but... I kind of felt it today).

Want to lengthen his neck without having him drop it. He needs to lift up and out into the contact. right and left flexion helps soften him.

Surge forward, especially in the turns and 10 meter circles, from my inside leg.

when he gets bouncy but stuck... .ride the surge forward and ride the withers Up and OUT. Lengthen the neck into the contact

Danny had fun. He was challenged but tried very hard. Super pissy (pinned ears) when we leg yielded at the canter, but he got soft. Fatigued a bit though... 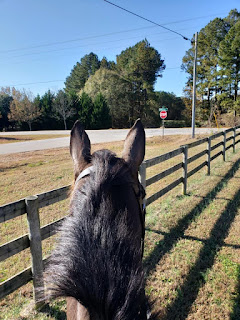 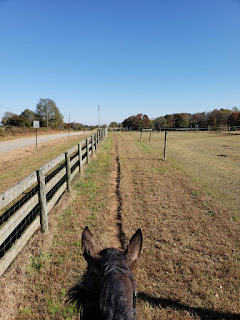