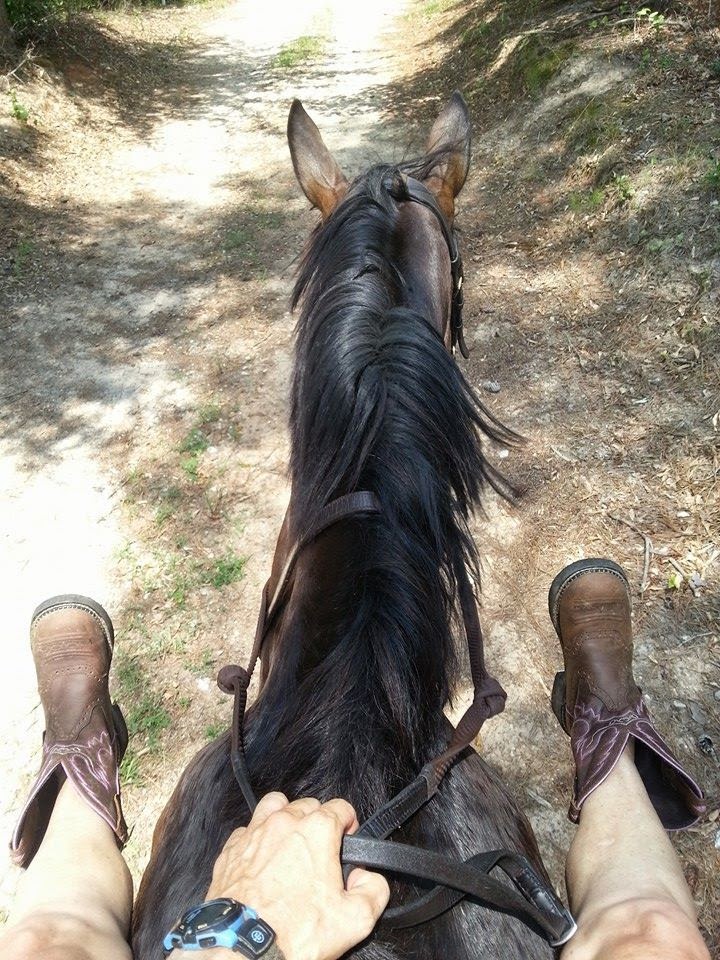 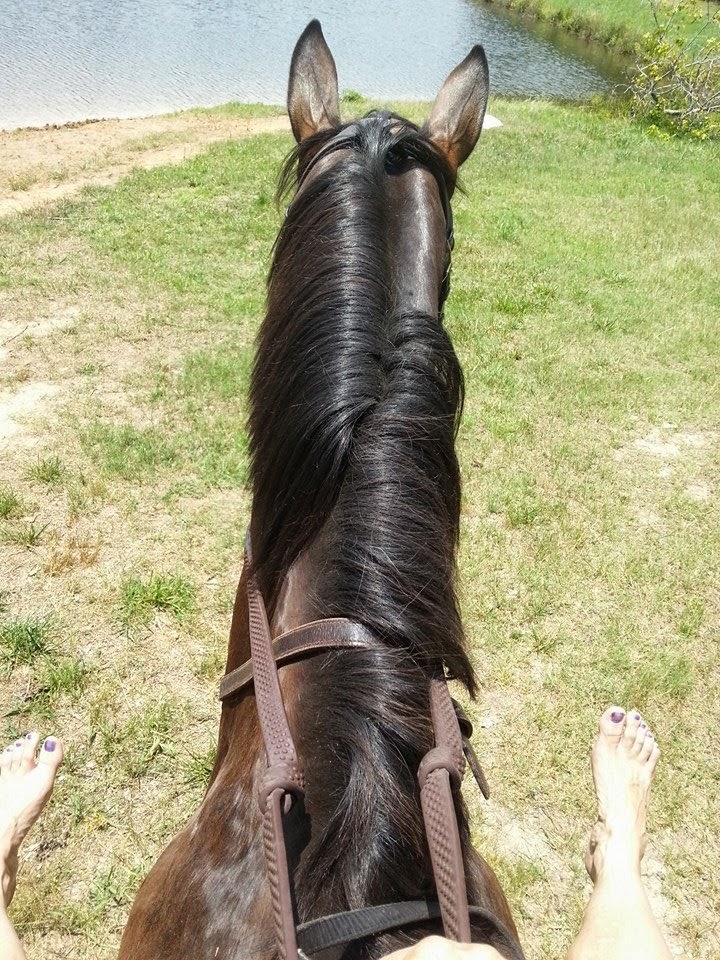 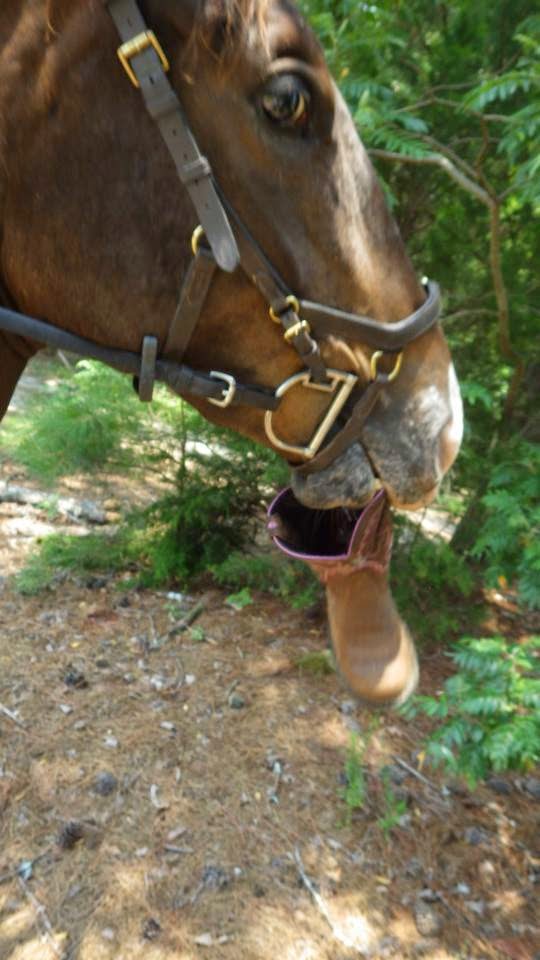 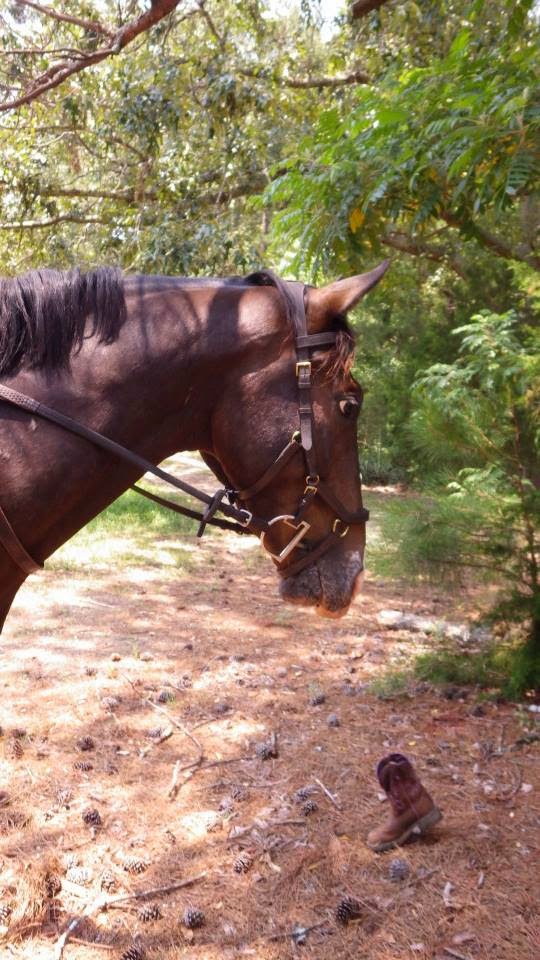 I did find out that he likes to pick things up. He grabbed my boot after I pulled them off and was flinging it. He even went up to Zhar and smacked him in the head with it. Doh! Bad baby horse. I laughed and said that I should put his antics to good work and teach him to pick my boots up off the mounting block so I don't have to get on and off. I bet I could!!! 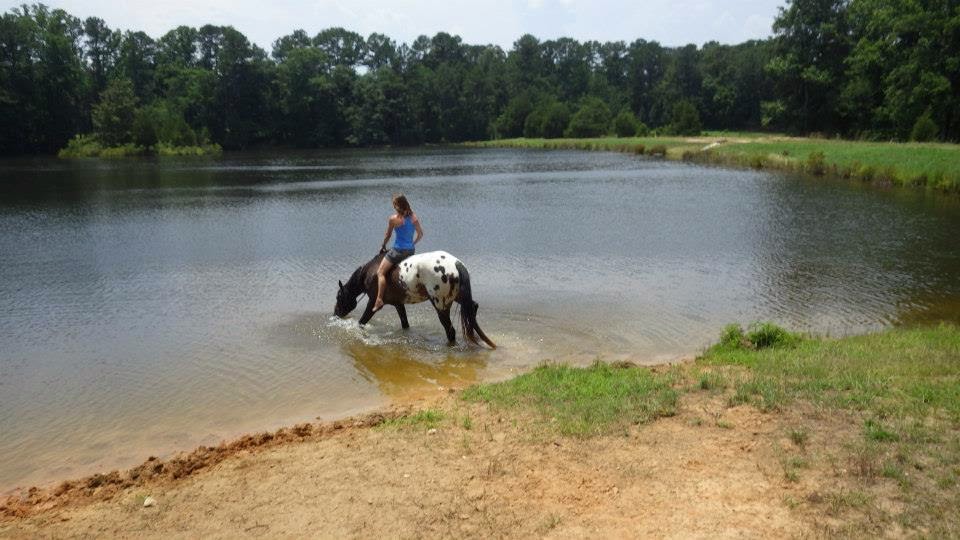 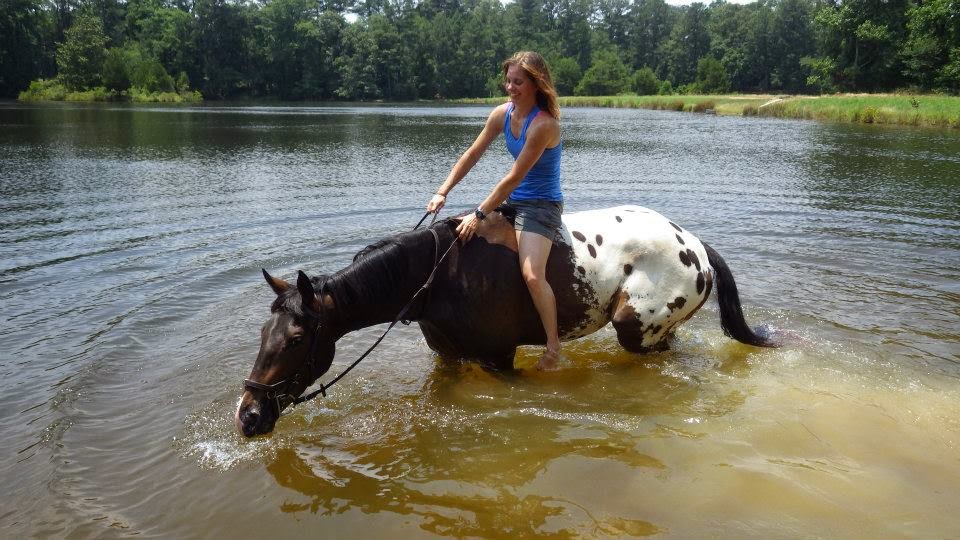 We had a grand old time splashing and playing in the lake. He seemed very happy to be splashing rather than sweating int he ring. ;) 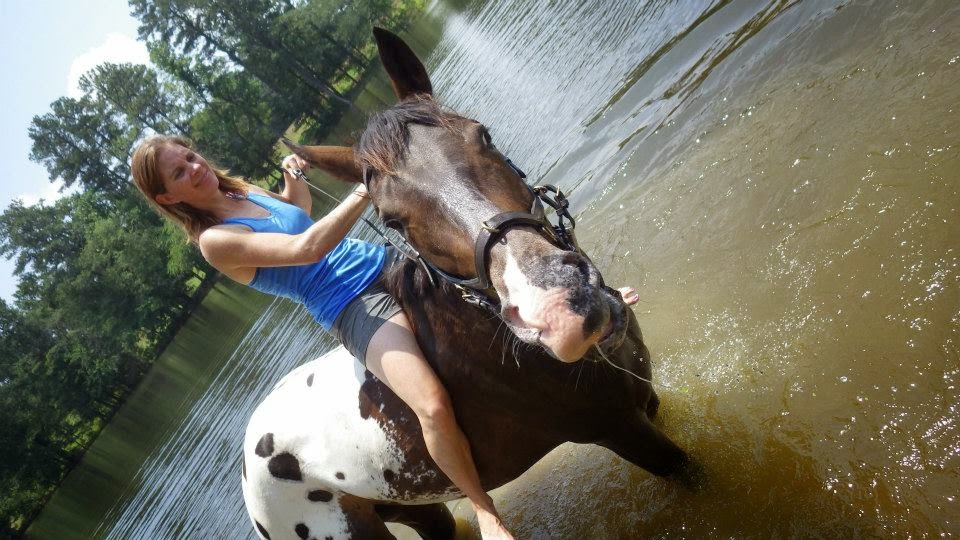 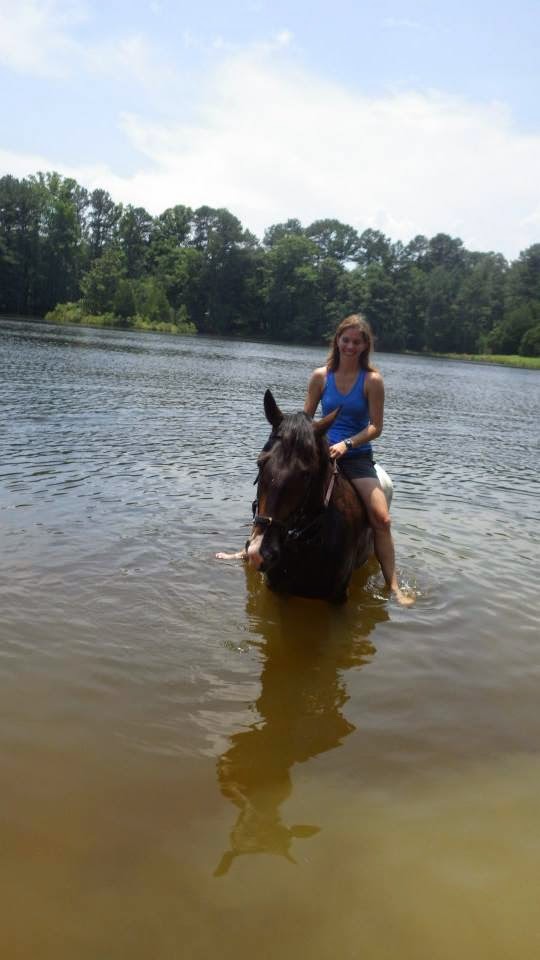 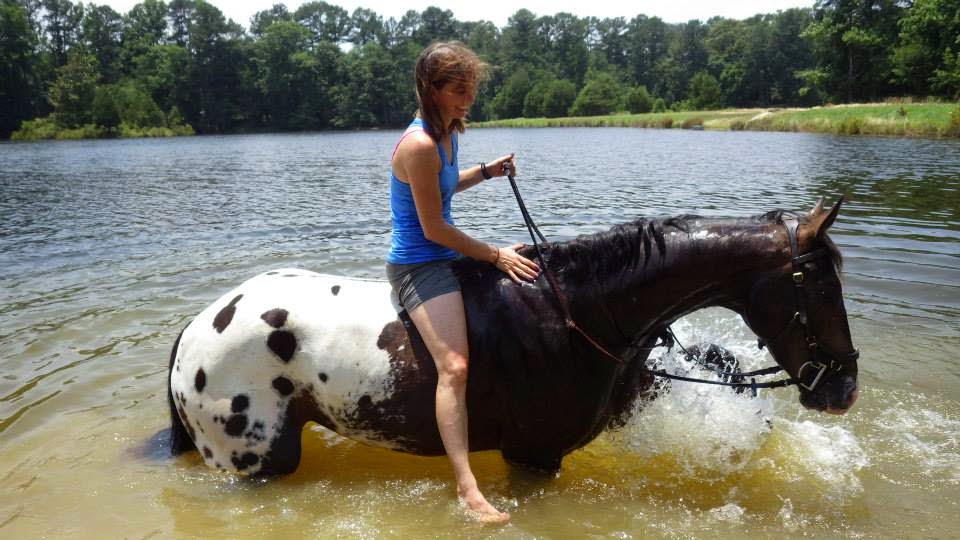 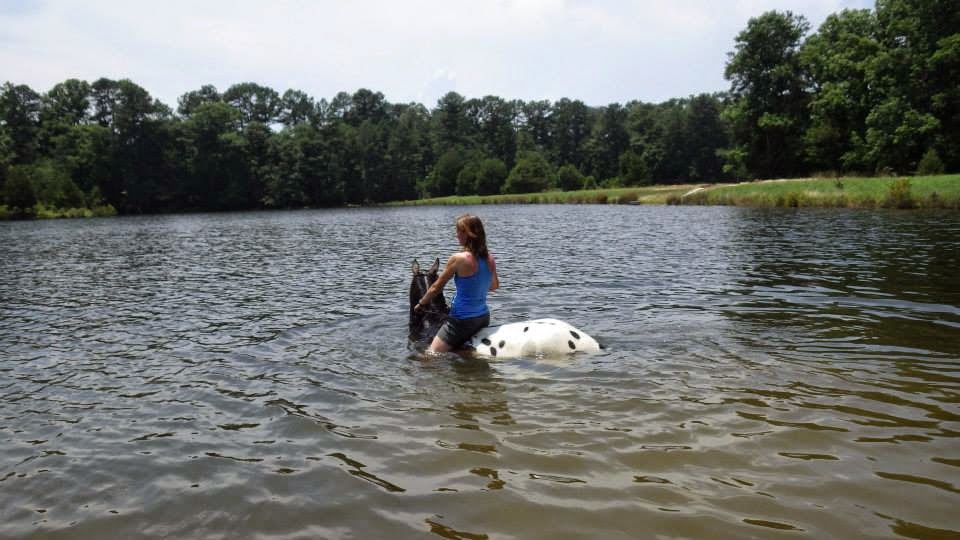 We even went out for a little bit of a swim!!


(And yes... my helmet was on the entire time except when we were in the lake!... but I promise to wear it in the lake in the future too).