Day 1: So.... as much as I wanted to ride the squirt, I decided to do some ground work. Plus, I was running short on time both days and it was hot as molasses! No... hotter! I was dripping sweat! And exhausted after my dressage lesson with Sandy. So we just did some in hand work. Which turned out to be a good idea because Dan had a big rock in his right front when I picked his feet. And he looked a bit sore on it. So we took it easy but I did work on the things Cindy showed us. It took us awhile to get going, and he was VERY counter bent going to the right. Which, may have been the ouchies playing a factor, but maybe not. So we got some good work done and even got some canters. :) When we got home, I unloaded and Dan hung out at the gate like "that was all? come on... let's play some more"!. hee hee. Goof! 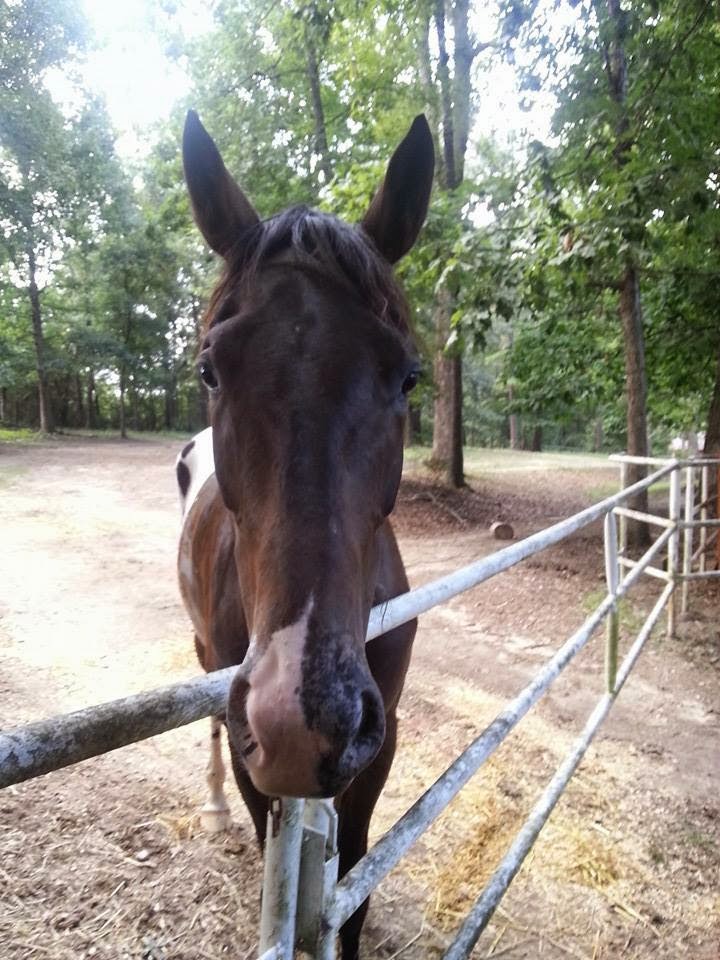 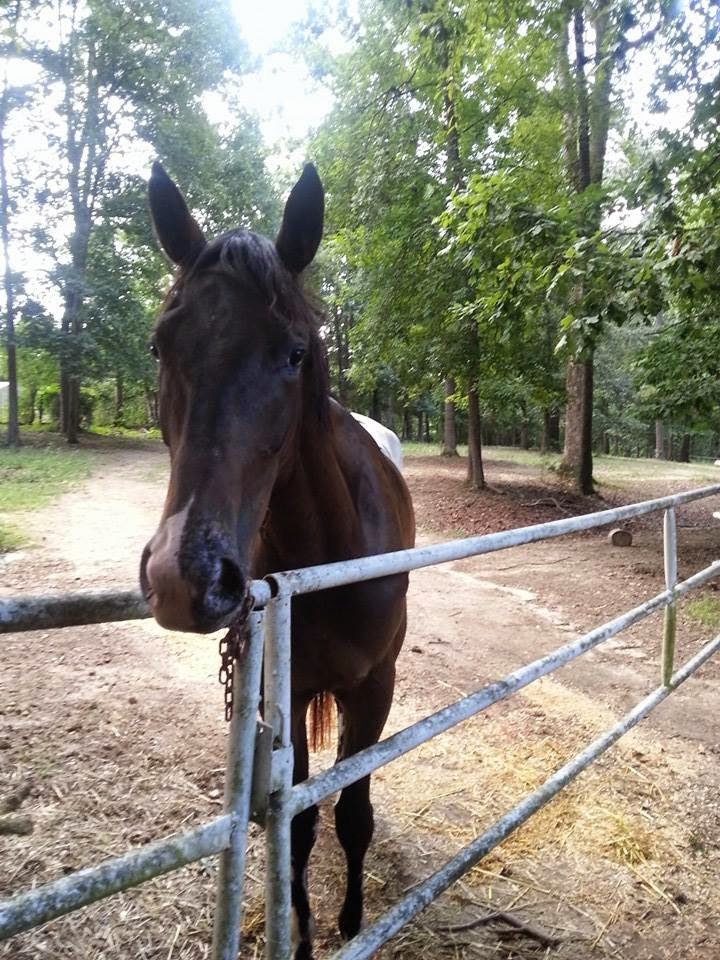 Day 2: Today was another lunge day because I had minimal time. And really, I only had time because the downpour cut Fleck and I's ride short. But it was good. Danny got to work in the rain and I'm pretty sure that was a first for him. We did a short session of lunging and again worked on spiraling out. He was MUCH better at it today. And he was stepping under more with his right hind. So yay! I still saw the occasional ouchy step but it was much more difficult to see. So yay! It'll be interesting to see how day 3 is. :) Hopefully I'll have time to ride him too. Oh wait.... nope, I won't. I've got to take Fleck to Wishing Tree and chiro four horses. Maybe I'll just have to lunge Dan in the am. Of course I also have to go to the grocery store and get gas. Eeeks... I hope I have time to lunge him. Three days in a row is key! :) No pics today as it was pouring and my phone was already rather wet. But no worries.. he's as cute as ever.
Posted by Holly at 9:04 PM