I got acupunctured and wow... I can move my shoulders!!! Like.. I didn't know they moved that much!

Then I renewed my conceal carry... went grocery shopping and then.. we had a fantastic lesson with Kelly.

Don't get round and through by pulling.. get it by closing the inside leg to the outside rein (Duh.. but it works now!)

Ride my corners and prep (Duh... Cindy said that too)

When doing my mediums.... Really push and go for it... and as I hit the rail, almost leg yield into it to get the inside leg to outside rein feel.

Shoulder in STARTS IN THE CORNER... in other words, be IN shoulder in as I start down the long side... start my turn across the center earlier than I think to make it smoother and not whip-lash like.

3 loop serpentine... REALLY SIT HIM ON HIS ASS AND COLLECT!! Like... WAY More than I think. Feel for the uplift in the shoulders.... and keep my butt in the saddle and almost lean back. (Not really, but stop perching... I get perchy when it gets tenous). And she kept telling me to look at the inside ear, but I felt like it was better if i almost looked at the outside, but.... now I'm not sure. It was more keeping myself straight and not leaning. Oh, and definitely don't touch him with the outside spur, even if he's falling out... because he will change. Which... handy, but no....no yet. I can use my whole outside leg/upper thigh if need be.

it was AWESOME!!! Kelly kept saying "Hot Damn!".... repeatedly. :) Made my day for multiple reasons!

oh, and his browband SPARKLES!!!!! 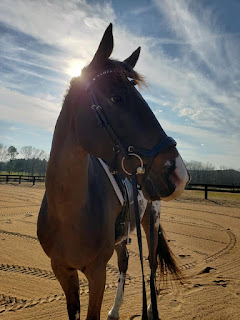 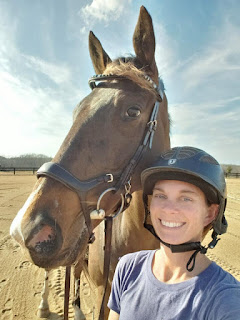 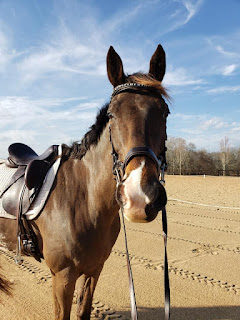 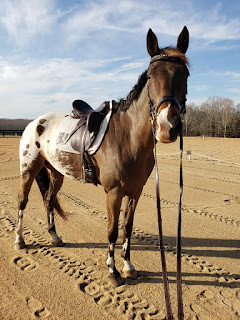 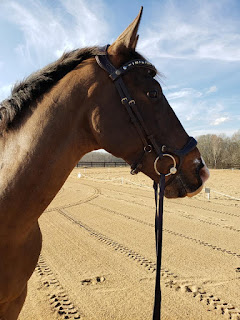 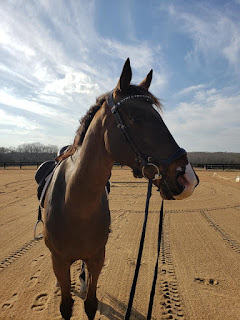 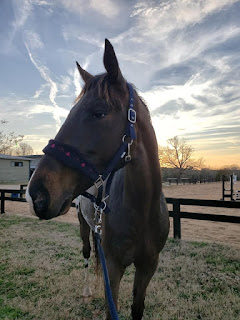 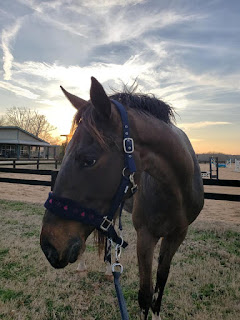 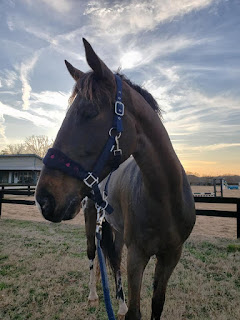 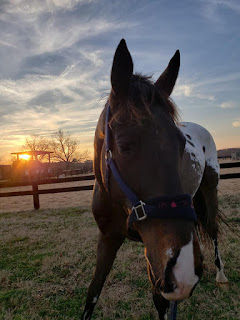 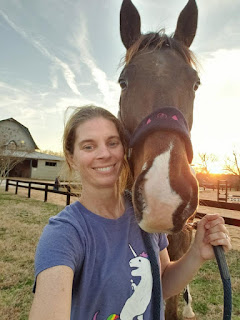 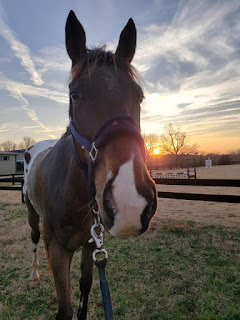 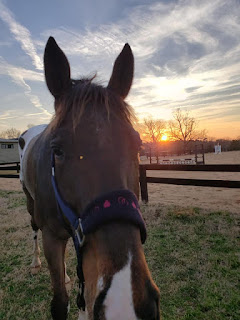 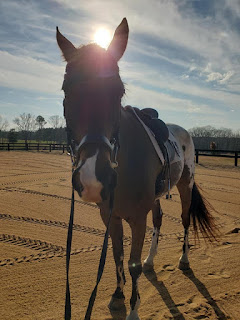 Oh, and I read an article.... Travers and SI are now FOUR TRACKS and also, when they say 3-5 trot steps or walk steps.. they mean STEPS not STRIDES!