I am so lucky! Danny is such a superstar. We went for a ride today and I wanted to go into the jump ring to work on some flat work. We were out there by ourselves and literally as we got into the jump ring a truck on the road backfired! It was super loud. Both Danny and I jumped! Danny did the "fleck spook" in that he jumped, but held his ground. Then he walked forward to investigate. The truck was on the side of the road I guess because we could see something through the trees and hear stuff, but it was too dense to really see it. So Dan was looking and his heart was pounding, but he walked closer to investigate and held his ground. After a few minutes, I asked him to go back to work and he did. :) He wasn't stupid. It was just back to work like nothing had happened.

And it was good work!! He was forward and in front of my leg. And we had some REALLY good upward transitions. :) Yay! 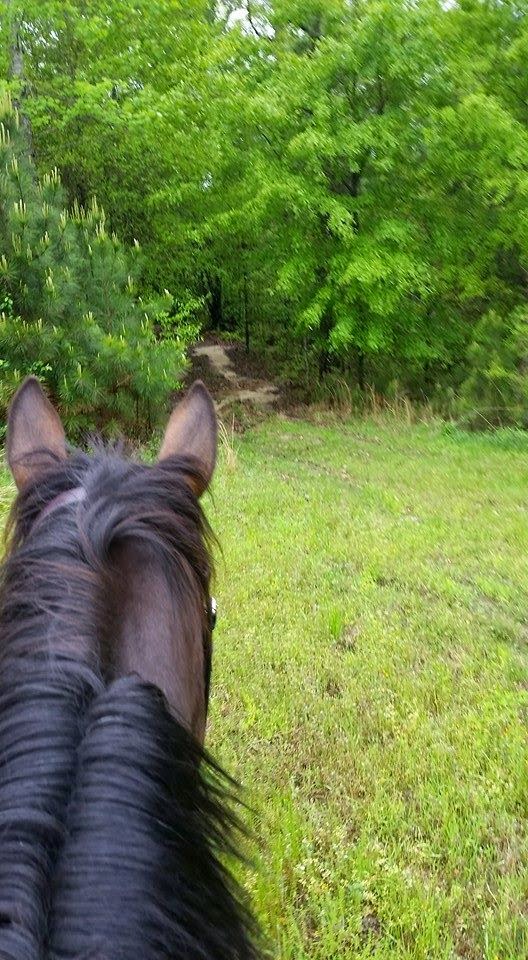 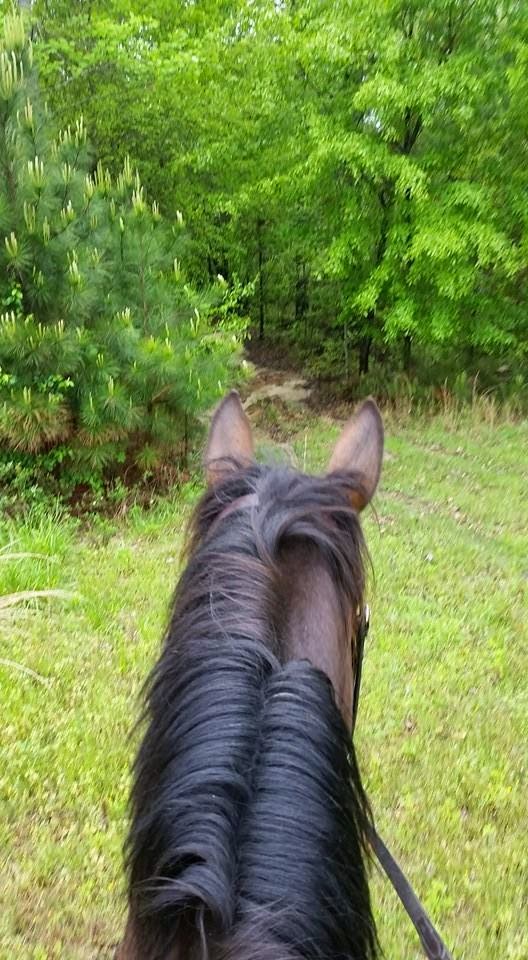 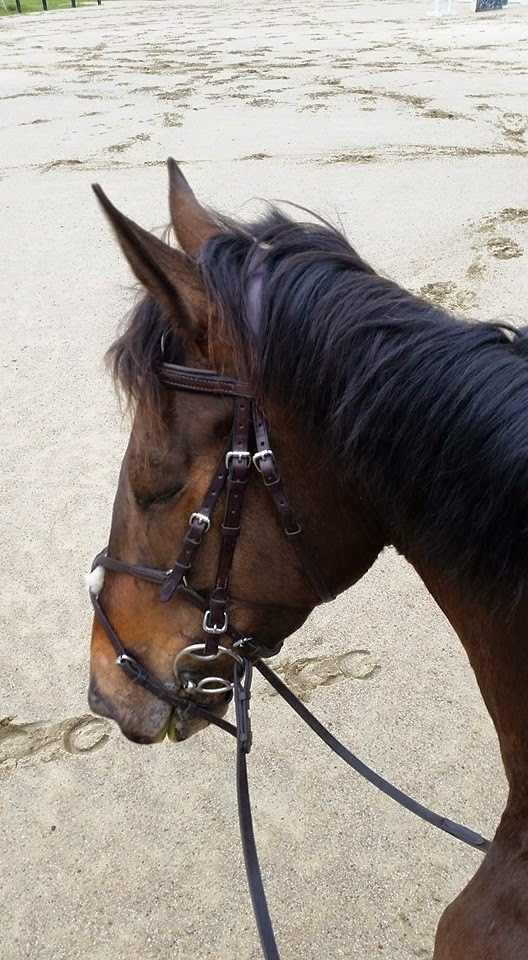