Today.... I had a cancellation and would have had time to ride, but I couldn't sleep last night, so I was cranky and slow this morning. Ended up riding at home and I'm glad I did. 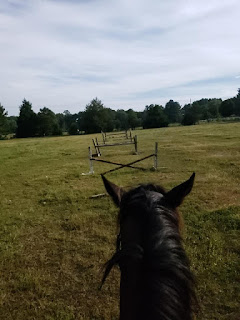 Warmed up and still felt funky but definitely better when I sit, although it's really hard to sit in a jump saddle in the field! Got our left lead canter better! (Had the right draw rein and right hind bell boot on). Cantered the barrel a few times. Mostly straight. The first time he went over it he jumped hard left and I got madder than I should have. After that, he was GOING! I got his forward installed and while we got more forward, we also got a little bit straighter. Then went for the grid. The first time through he was soooooo not straight! He jumped the first two and then landed almost outside the grid so I pulled him out. Sigh... BUT... the second time through I focused and he was super straight. Then we came around on the other lead and he was also super straight. And the striding was right too!! So then we went to trot the barrel and had to do that twice and then we were done.

And we laughed because... Dan tasted the rainbow! 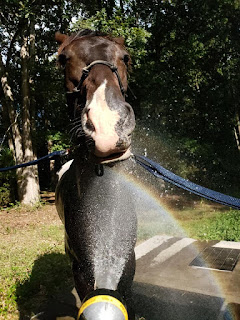 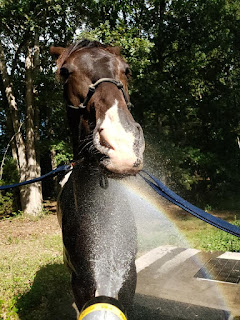 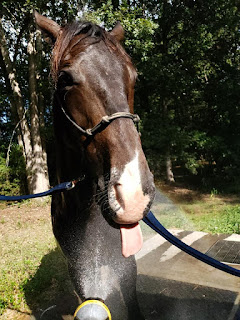