So... the last three rides have been perilous!
I just can't keep the canter. And know, suddenly the left lead is the tough lead. It started when I decided to try a simple subtle canter serpentine. And as soon as I even thought about drifting out, he would swap. So I was trying very hard to keep the canter but he kept throwing in changes. (Some full, some half). So then I decided to just canter straight, off the rail. But that didn't work either. He kept swapping. Argh. Peri tried to help me with it and it got a smidge better. So then in my next two lessons we worked on it with Cindy. Cindy said that my outside leg was swinging forward. So I was telling him to swap. But the more I tried to anchor that leg, the more it would go forward. Sigh.. So then we tried to focus on my hips. When I focused on swinging my hips in rhythm he would hold the lead better and my leg wouldn't creep forward as much. SO.... it's ultimately my pelvis causing the leg issue.
However... Cindy did mention that Dan was a bit of a smart alec and that he was looking for any excuse to have fun and do lead changes. ;) 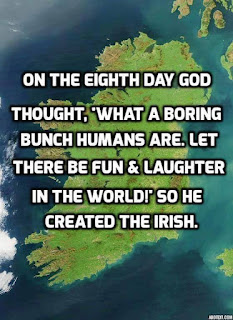