Today was day 1 of the Sandra clinic. I rode Dan today and am going to ride Fleck tomorrow. It was a good day. Minus the puking. I went to bed last night with a migraine and woke up with one today. It sort of went away in the morning. I got up at 5 and we left at 6:45. I was able to clean my tack in the morning and was actually on time. We got there and I gave Dan a bath. I didn't want to bathe him without cross ties. He's SOOOOO much easier in cross ties. So we did. And then I braided. Oh man!! He is HARD to braid. They looked awful. Peri suggested that when they are that thick, I third them instead of half them twice. It did make a difference. It made them much prettier. 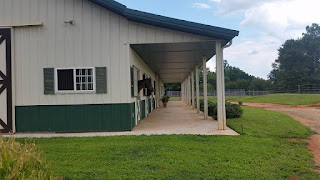 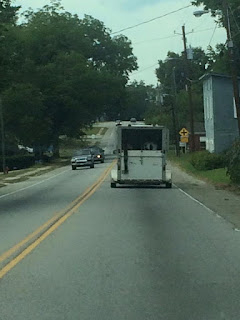 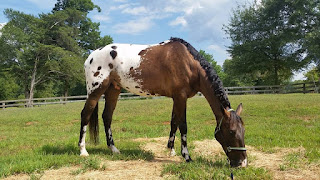 Then I went to watch the others and the migraine came back. Ugh... I was going to go get Dan and get on early so I could work out some of the shenanigans first. But then Cindy found me and acupunctured me to try to help my head. It wasn't unbearable, but pretty close. I was hoping that the distraction of riding would help the migraine. And it did, a little. I managed to get through my ride but my legs weren't really working.

Dan was a bit on edge and wouldn't walk past the HKM truck. So I had to get off and walk him past. Then in the arena he was a tiny bit spooky at the people in chairs and then the table and chairs for Sandra at C. But he wasn't too bad. Sandra suggested that instead of fighting the bulge, I ask for a counterbend to show him the scary stuff and pet his neck with my inside hand. So we did and after one or two laps, he was fine. 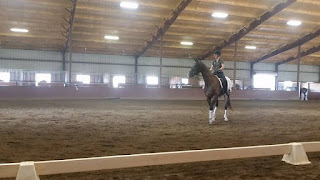 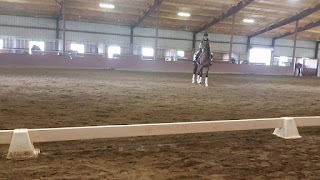 We mostly just worked on bend and connection. He was awfully behind my leg today and I had to keep kicking and using my whip. It was exhausting. He's not usually quite that lazy. She teaches a lot like Cindy. She had me use my body position to help straighten him. She also said that he's overbent to the right, and stiffer to the left. So we worked on circles and bend. She wanted me to pet him with my outside rein when he was bent. And wiggle my inside rein to get him to bend. I really needed to use more leg but... they just wouldn't work. 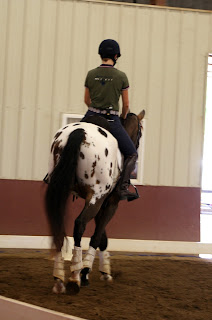 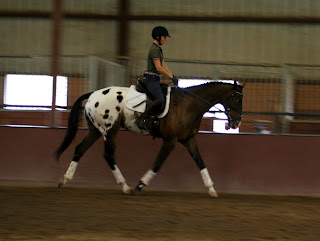 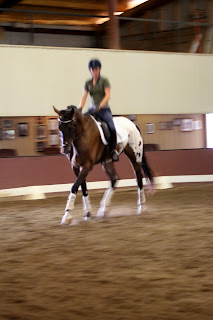 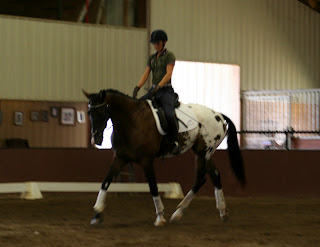 We also worked on the canter. And for all my stressing about the right lead... he picked that one up beautifully and we kept missing the left lead. What the heck?! Argh. But I was just basically running him into it. I was just not feeling the proper "ask" and accomplishing it. So we ran into it.

But we did get some really lovely work. Sandra said to just keep asking and eventually we would get  bend for the whole circle and then we could build on it. :) 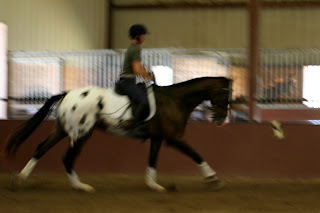 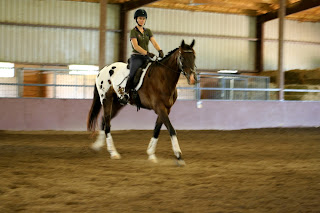 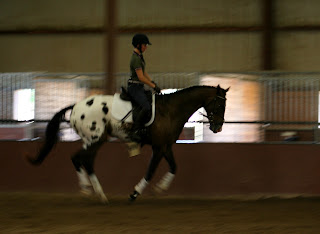 So it was a good day. Afterwards though I ended up vomiting the 2 pieces of pineapple and 3 pieces of watermelon I ate for lunch. And then had to nap/veg in the lounge. But I did feel better and was able to watch Peri's ride.

Hopefully tomorrow is a better day. :)
Hee hee.. Dan is such a punk! 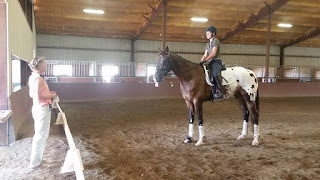 Oh... and we did have one buck when he broke from the canter to the trot. He wouldn't pick it up again so I went to the whip. On the fourth smack... I got this! 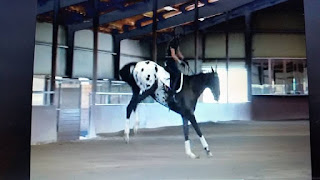 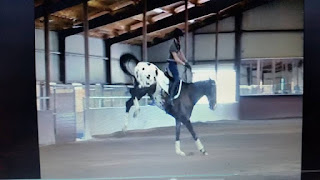 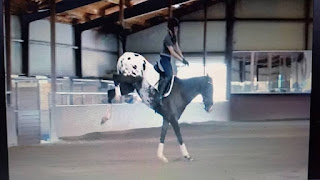 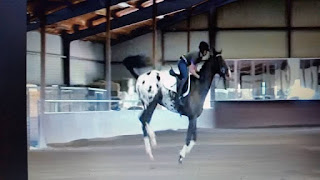 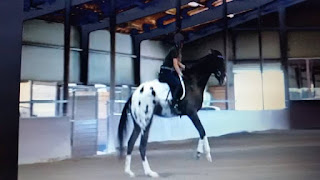