Holy toledo! It was WINDY today!! I started off the morning in shorts, but by the evening it was FREEZING!!! The wind just kept getting worse and worse.
I took both boys to Ashland for my jump lesson. Dan hung out in the trailer while I jumped Fleck and then did a cool off hack in the XC field while Beth jumped. Then it was Dan's turn. As I was trying to pick out his feet, he was dancing around. So I got mad and smacked at him which caused him to really jump and in doing so, he smacked me in the face and then pulled back on his halter. He was pulling back so hard his little front feet were all hanging and buckled. Finally he "walked on' and came back forward and once the pressure was off, he was fine. He had a little scrape on his nose, and I had a bloody nose. Darn pony! After that he stood like a gentleman though. So then Beth was back out in the XC field because a girl who wanted to try Tucker happened to be there. She asked if I was coming to watch, so... I took Dan out there. He was pretty darn good considering how bad the wind was. Only twice did his tail go up over his back and only once did he whirl around. The rest of the time he grazed. Then we headed back up to the rings and did some lunge work. He was REALLY good considering! We worked on crouching tiger and he was doing much better. Or I was ;) Regardless, he and I both are getting the hang of it. We even did a teeny bit of canters again today. He tried to squirt off two or three times but t was only half-hearted. Especially because we're still lunging off the bit. At least until he stops trying to squirt off. :)

But again, considering it was super windy, he was really good for a baby! 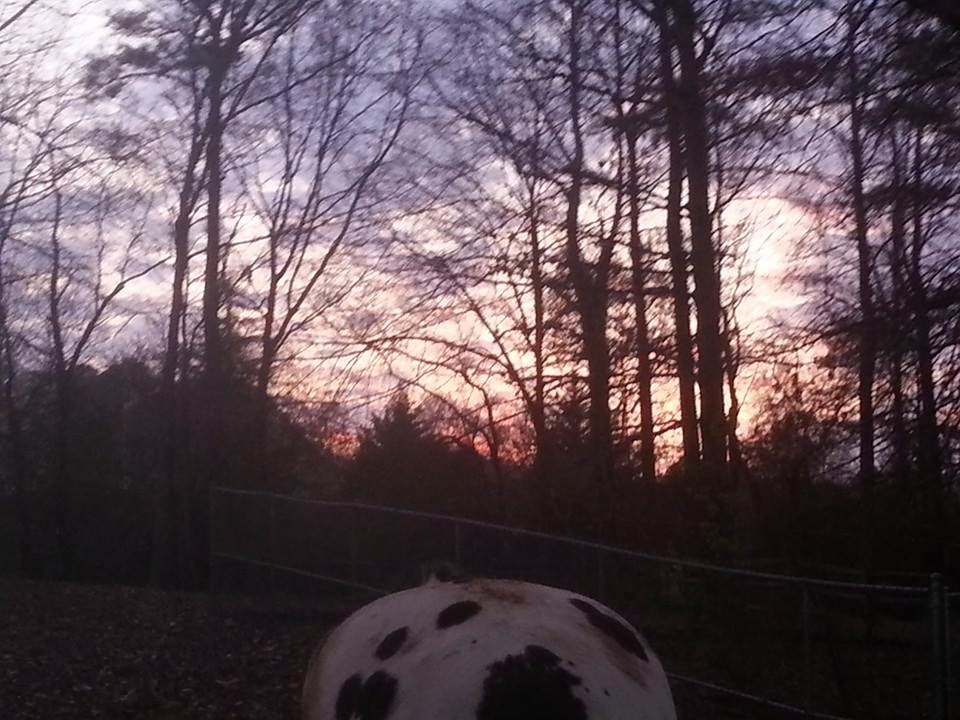 No pictures from today, but we took this last night... Notice the lack of blankets... not so much tonight!