Today in my lesson we talked about the dressage show. Cindy and I both agreed that it was a very pleasant horse and rider picture but we needed a bit more. He wasn't quite sitting and pushing, he wasn't quite in the bridle, and while it was pleasant, it was much more of a first level horse test rather than the second level it should have been. Although Cindy did say he was doing third level quality work at home. :) (She may lie, but... it made me feel good). So... I feel like some of that was just me not asking for more. I think I could have closed my leg, shortened my rein, and gotten him where I wanted him. But... I didn't. So it's okay. So today we worked on getting Dan a bit more "crouched". We wanted him a bit more bendy in his hocks and more animated and more sitting.

So Cindy had me ride an extended/lengthen trot down the long side and into the short side, and then in the corner, half halt and think of riding him backwards! She wanted his response to the half halt SO intense that we almost went backwards. Kind of like half steps I think.  And then when he responded and rocked back, then I rewarded and closed my leg and pushed forward. So.. it was tough and he fought it a good bit, but... once we got it, he felt great! It wasn't consistent and it took awhile, but we eventually got some really good half halts and some really good sits. :) YAY! Man.. he was not happy about it at first though. :) He was a grumpy boy! 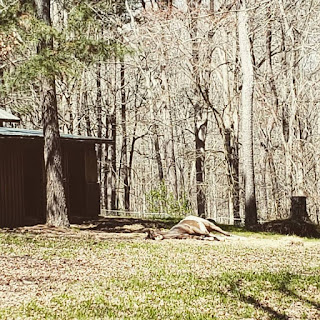 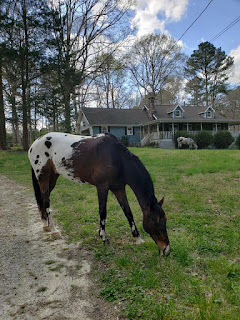