Danny was a great kid today!!! He hasn't been ridden since Barlyn so he's had a full week off. It's cold. Well, 50 degrees but it feels much colder and is brisk and gloomy out. I met up with a friend and we went for a nice hack. He started out good but I could feel him on his tippy toes. He threw in a teeny little buck or two but nothing major. We got past Halfshire and crossed the creek and then trotted some. He was really good but my friends horse was grumpy about being behind, so I let them lead. Unfortunately it was bad timing. ;) It was right at the part of the trail that is like ski moguls. So traversing that while Danny was pulling his head down and bucking and then leaping wasn't ideal!!! But I managed. And as usual, he's always just half hearted with it. So I made her let me lead again and he settled down. Then when the trail was more level I let her go in the lead again. And her pony is slow!!!! But Dan was good and settled down and was pretty darn good. We even did a short little stint of canter. She commented on how good he was! 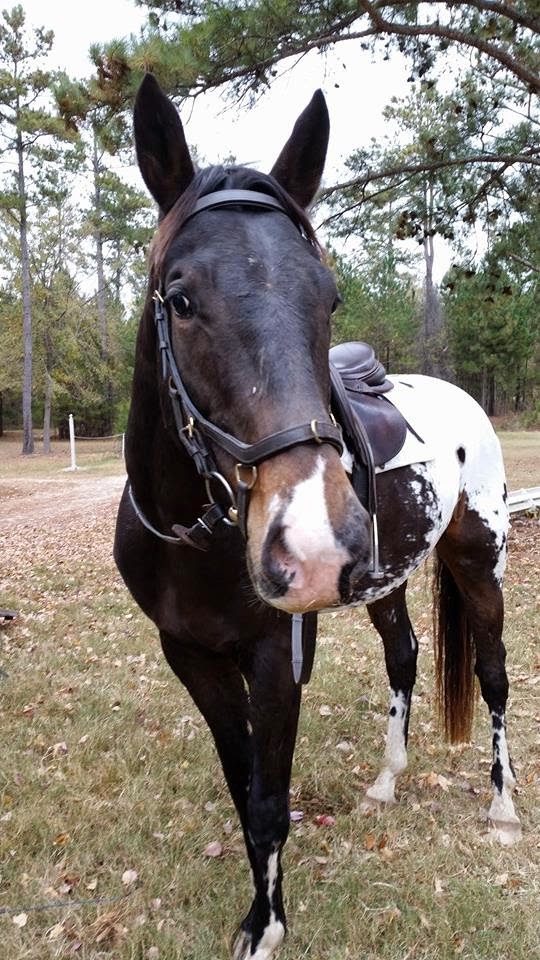 So then she went up for her lesson and I rode Dan over to the cross country field to say hi to Kelly and Julie. Lucy was in her little car and was driving along the edge of the treeline slowly. It was rather wild animal like.... Dan freaked a bit. Not bad enough that anything happened, but he was scared and tried to bolt a few times. Then he pranced a bit. Then he backed up really fast but was underneath himself. Then he pranced. And then I managed to get over to Kelly who laughed at us and said he was fancy. :) So I didn't want to bother Julie's lesson so I carried on and he settled into a nice trot to go back to the trailers.

After my lesson on Fleck I told Kelly I wanted to ride Dan in a lesson next time and she said "okay, so bring your grand prix horse and Fleck and we'll play"! ha ha.. She laughed and said that he was seriously doing moves she had never seen before. hee hee...

I'm so proud of him. And he's soooo much fun to ride!! I'm trying VERY hard to take it slow. But he was thrilled to be out today too. 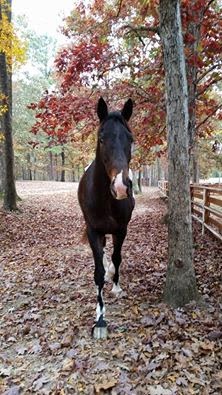