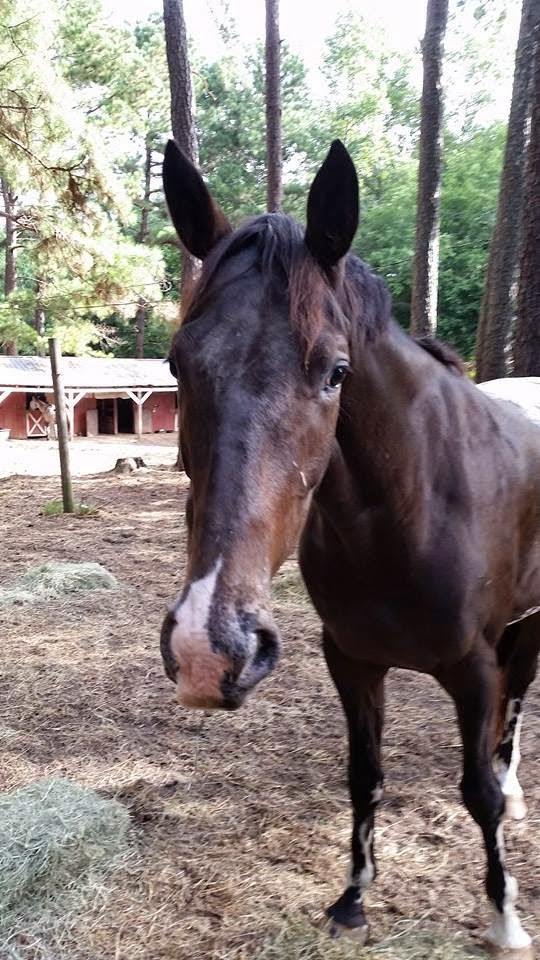 Me??? Is it my turn?!!! YAY!!!
Silly Dan. I ended up having to split up the boys rides today because of chiro cases, so I decided that rather than haul to Ashland twice, I would ride Dan at home. I was just a smidge hesitant about it because of what had happened to Christina. (She had fallen off her baby while riding at home alone and had a severe concussion! She spent three days in the hospital). I was home alone and even if I texted Mike, he was in Atlanta, so a good ways away. But I figured I'd try him out and see how he was. So I got him all tacked up and headed down behind the barn to the ring. He was great until we got to the ring. His friends were up top. He wasn't bad, but I could tell he was starting to wonder where they were. Luckily at this point, good ol' Fleck came moseying down wondering what we were up to. I told him "Great! You stay here and keep up company"! And darned if he didn't. He walked up to Danny and gave him the evil eye... "You be careful with my Momma kid!" I could almost see him doing the fingers to his eyes and then to Dan thing... "I'm watching you kid!" he hee. 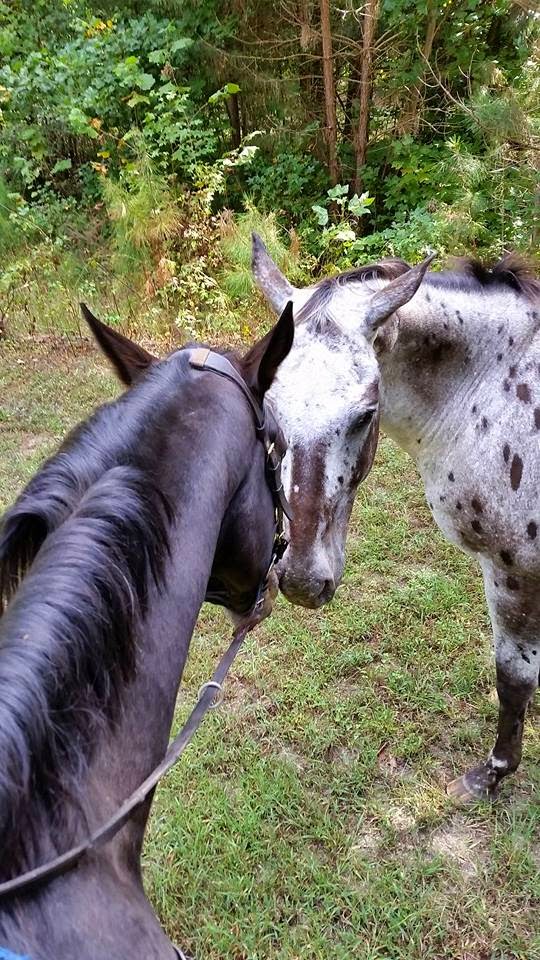 And no worries. Dan was pretty darn good. Every once in a while, he'd throw that shoulder out in the corner heading back to the barn and try to leave. But either he's really not good at it, or he's only trying half heartedly, because he never got more than a step or two out before I'd catch him and put him back to work. We got some good work and worked a little bit on the canter even. We did some spiraling in and out work and our leg yields too. That one direction is still harder. I even made him walk over the cavaletti's.
After our "ring work", I decided to walk through the woods to the front field to let him chill out. We started off and as we crossed the creek, I called for Fleck. He came trotting up and then let the way to the front field. :) (Have I mentioned I love that guy!?). 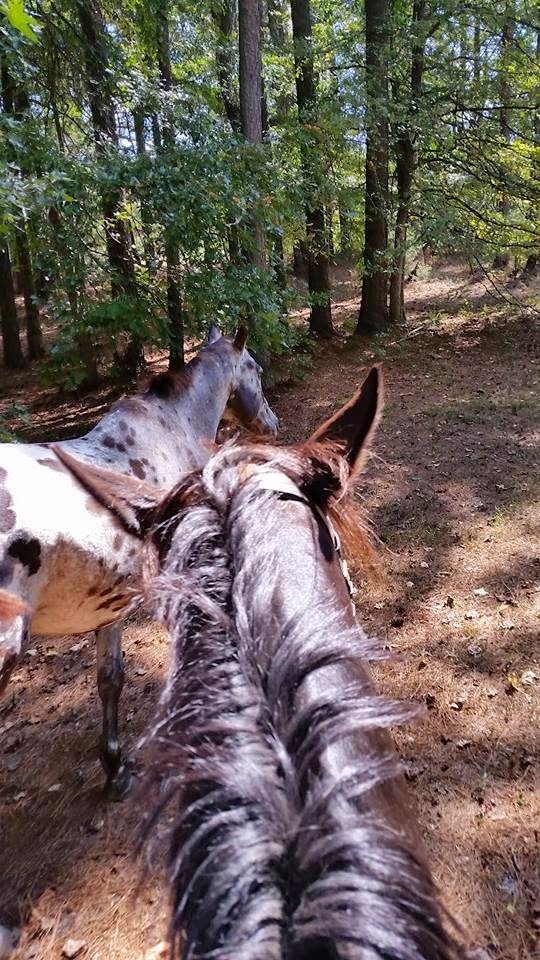 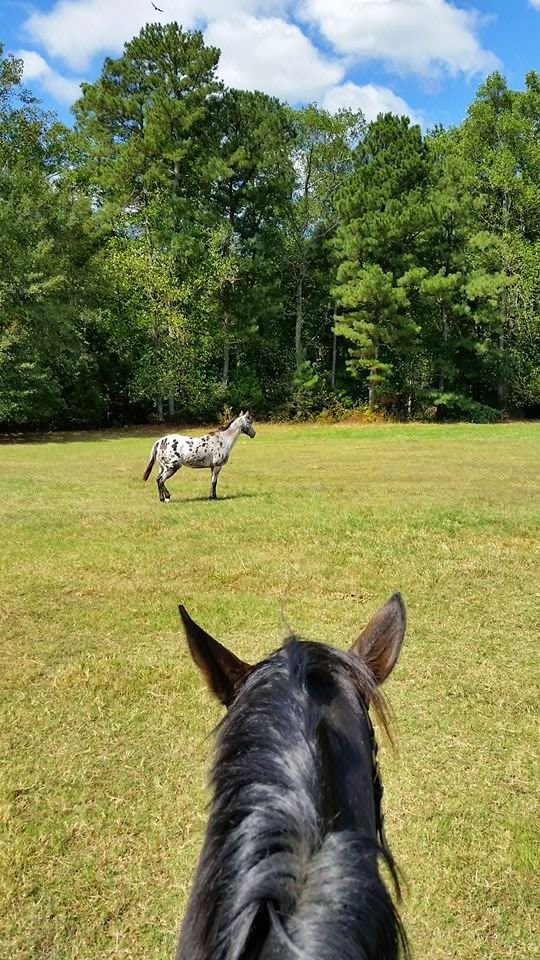 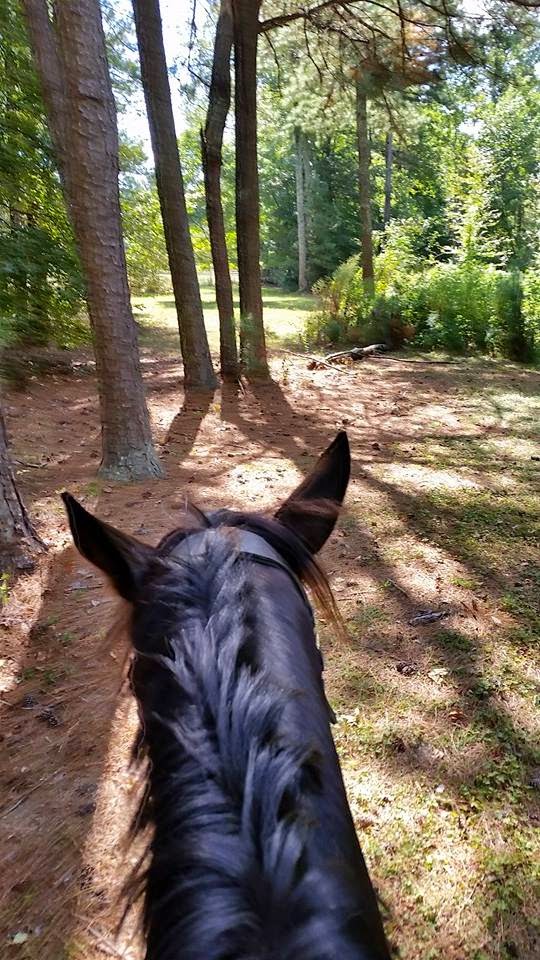 We had a fun little walk through the woods and in the fields and then we walked back to the barn and untacked. Yay! No excitement. He's such a good baby. 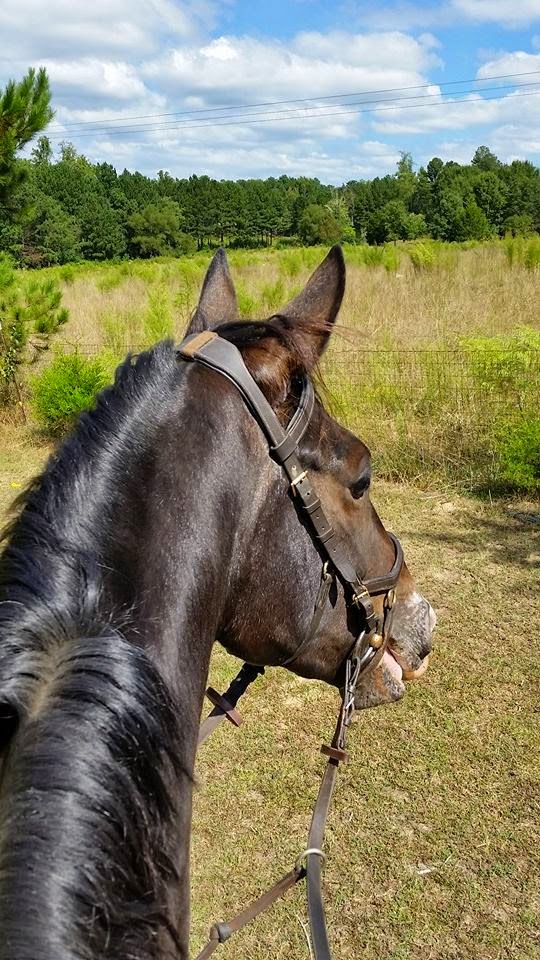