Back in the saddle!! 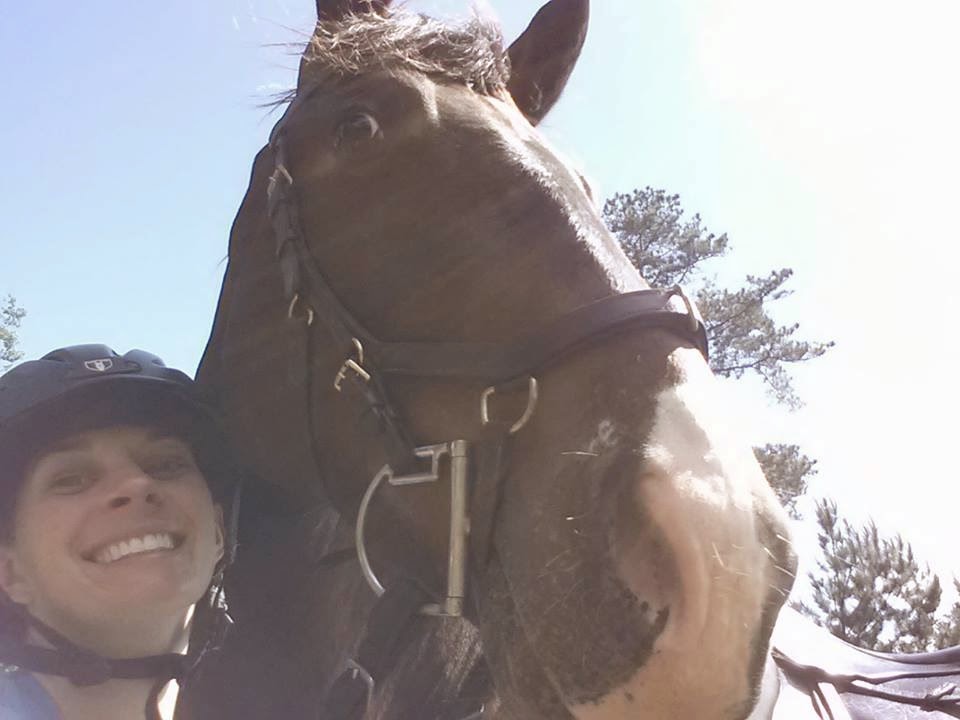 I LOVE this baby!!! Seriously... today was such a fun day. Fleck was a total spazzy goober and basically just ran away with me. Which is a-ok, because I love when he's frisky. It makes me feel better about riding him still and competing him. And then Danny was sooo good. Better behaved than the 17 year old ;) 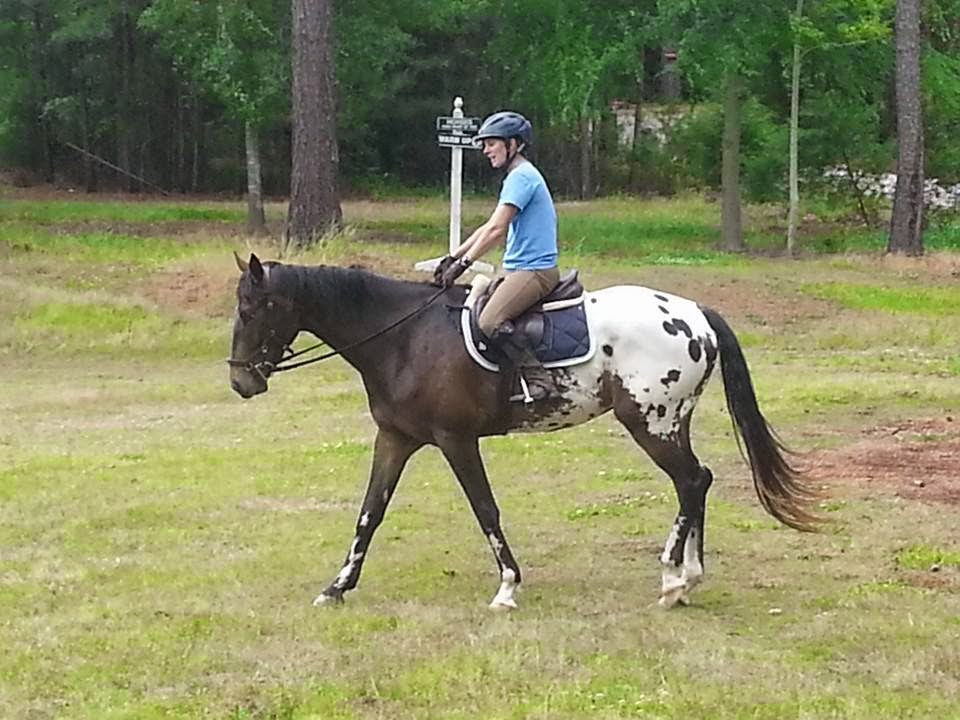 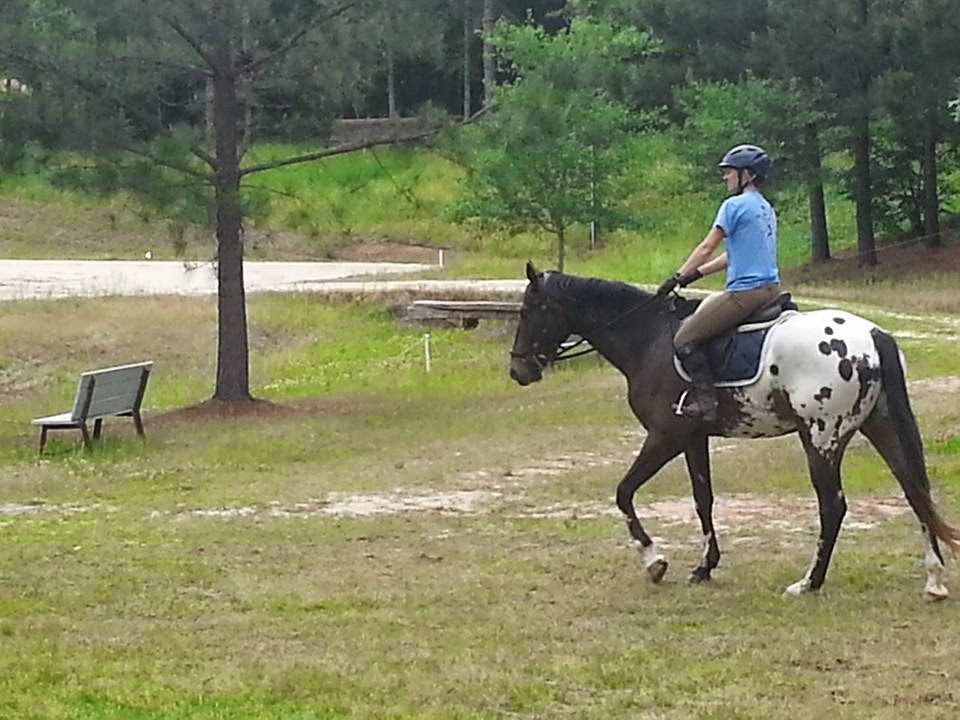 So before I get into details.. it really probably wasn't the best idea to ride him today. Again, I had wanted to wait until he was 3. And it stormed last night. Like hard core stormed. So it was awfully chilly and windy out. So yeah... let's get on the unbacked since last Summer almost 3 year old. Ha! I was at least smart enough to lunge him first. As soon as I put him out on the circle, he was a wild man. Bucking, snorting, and tearing off. Hee hee. I was thinking "Yep... no way I'm getting on this beast!" So we worked and did our stuff - crouching tiger, upwards, downwards, changes of directions. And he settled. And was actually quite good. I even got a few steps of canter both ways repeatedly. 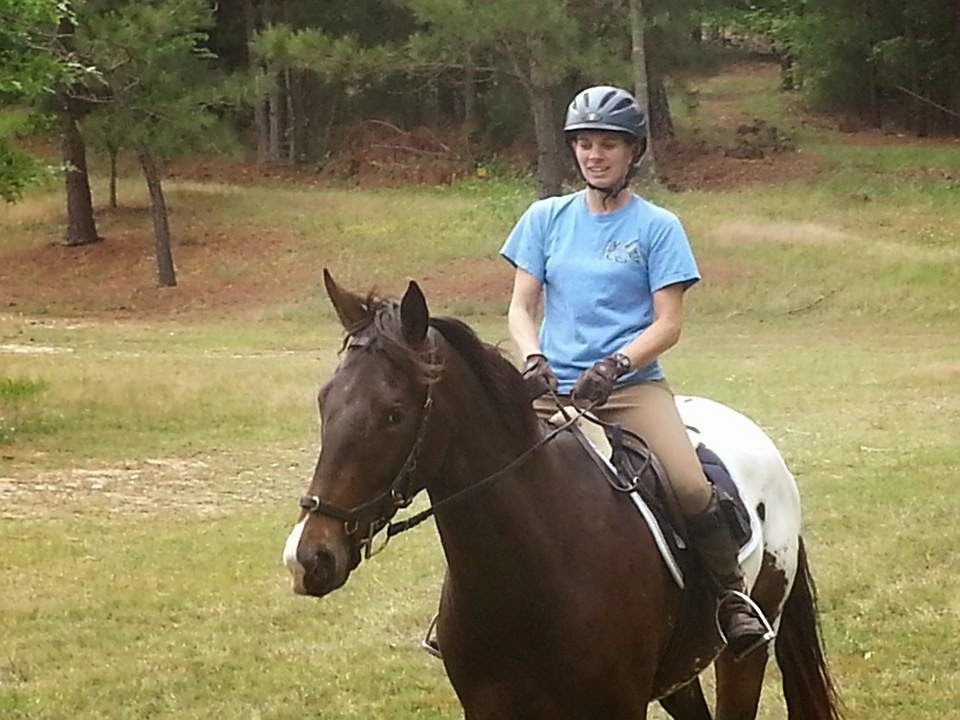 So... I reconsidered. :) Kelli and Kaitlyn were off trail riding and were heading back. So I thought, well... I'll get on when they get back. I was afraid if I was on, and they came out of the woods,.... it would be bad. So I had him go all around the mounting block and then even laid on top of him. He was fine. So they got back and sat there while I got on. He was fine. He didn't do anything. So we walked around. And he was fine. He wanted to go see Arwyn, but he listened to my steering aids and we were able to walk all around them. We walked away from them. We even walked up the hill and he was all game to head on out to go for a solo trail ride. Ha ha! Not yet Dan, not yet. And I even trotted a bit. Yay! He was really good. His trot is still teeny tiny baby trot steps, but he hasn't figured out how to balance me too I'm sure. Plus I am not sure I want him doing a big trot just yet! Not too much excitement at first. 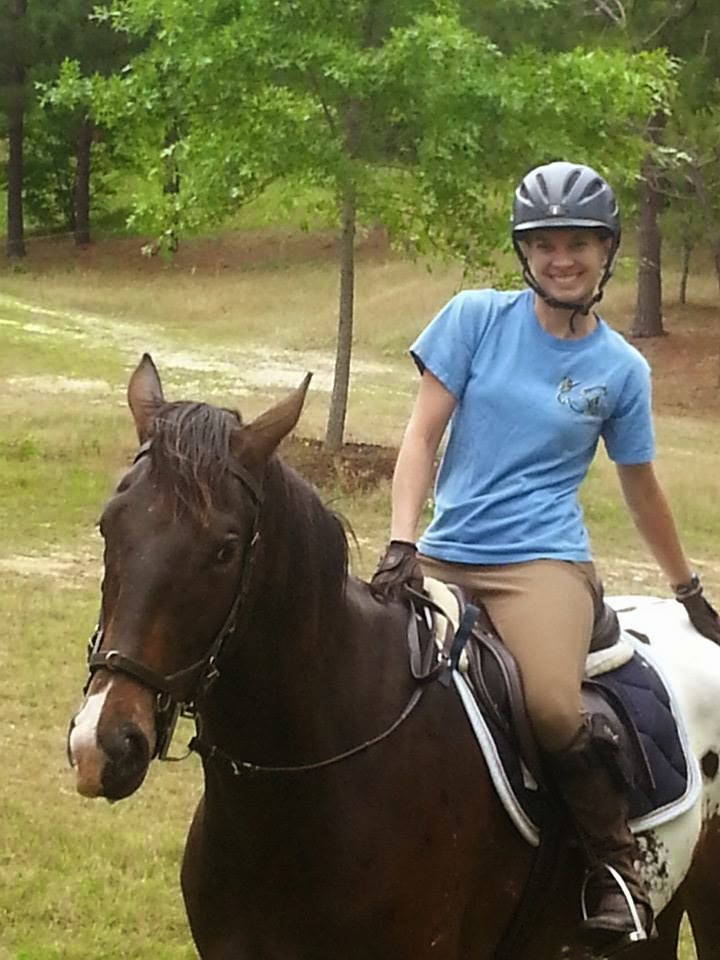 He still remembers his aids and still halts with just squeezing on the reins. Yay!!! So I got off. I was probably on for about 10 minutes and there was only one little head flinging episode. 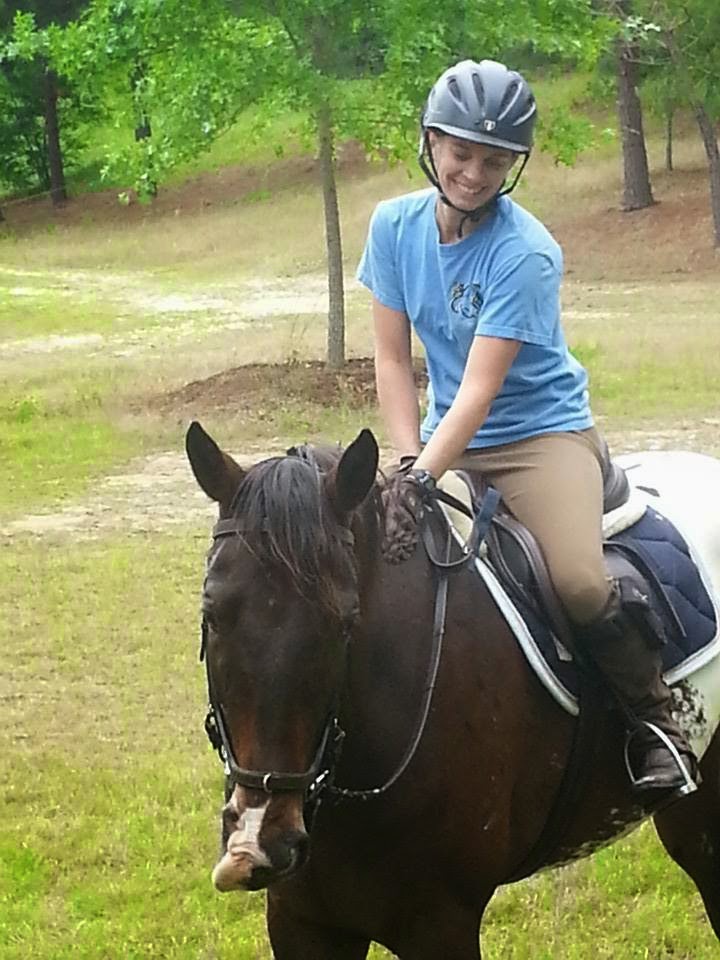 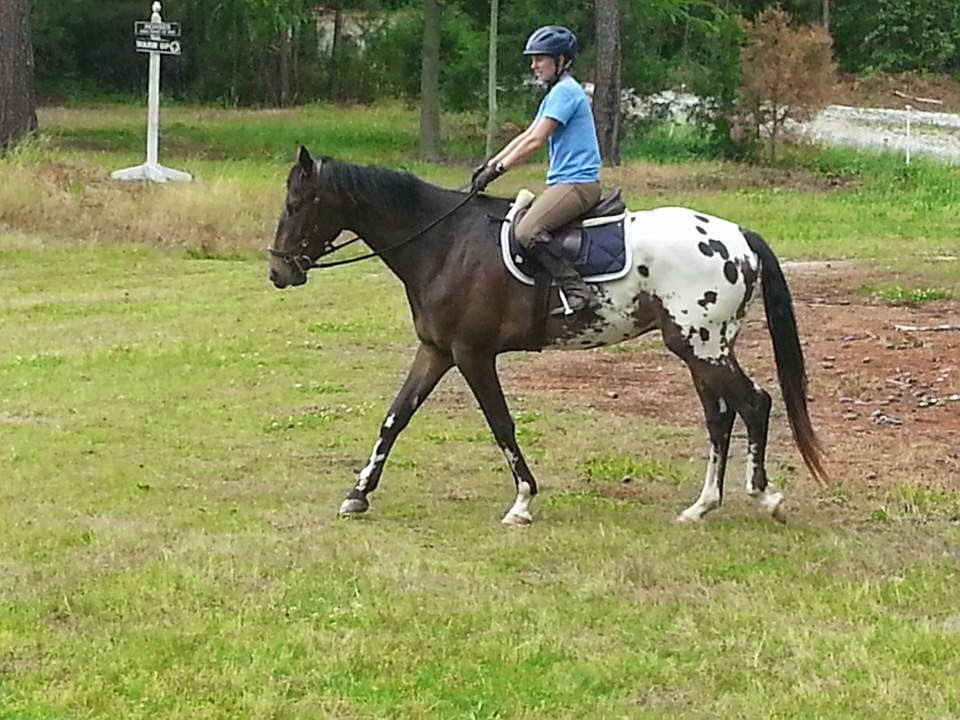 I'm so excited!!! I'm hoping to ride him again tomorrow. I'll ride Fleck in our lesson and then pony Dan off Fleck for our cool off ride. Then once Dan has gotten his brain in the right place and had a bit of fun, I'll get on him again. I might even be brave and take him on a short trail ride if Kelli can babysit us. :)

Can't wait! I just need to keep reminding myself (and having my friends remind me too) that I need to take it slow and easy with him. Just because he's fun and easy doesn't mean I can move too quick. So...take it easy! I want him to last forever... and be the same horse that runs away with me at 17 years old. :)
Posted by Holly at 7:45 PM