It's the last day of 2014 and we're sending the year out with a trail ride. :) It was a good year. Danny was a pretty good boy and I'm so proud of him and how he's doing. We had two dressage shows and he wasn't too bad. He did an overnight away show and handled that well. In short, he's coming along quite nicely. :) 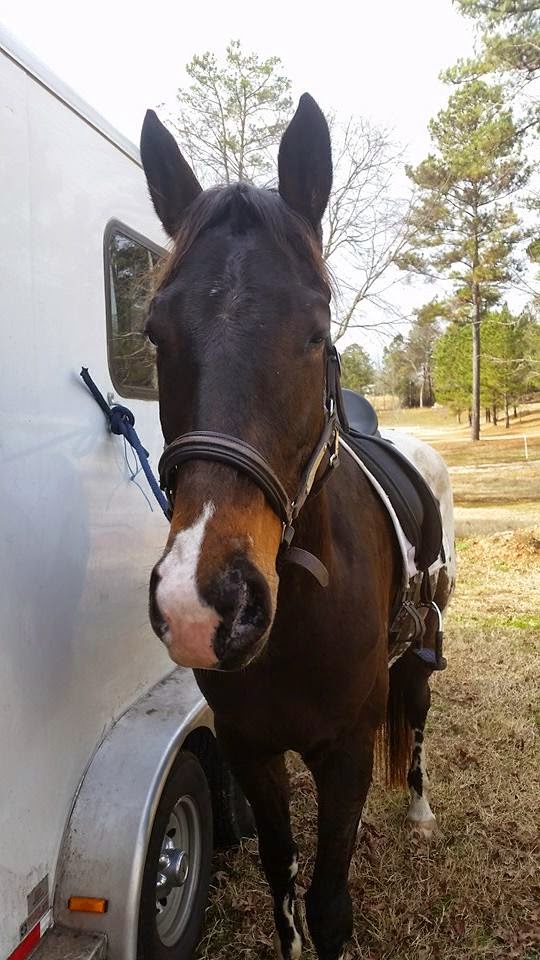 We went for a fun ride with Peri. I think we rode for about an hour and a half. We just walked. Although I did trot Danny over a little log. He's hilarious! The last time I tried to trot him over a little log he came down to the walk and stepped over it one foot at a time. This time, he jumped it well but as he landed with his front feet, he put his head down to the ground. I guess he wanted to buck?! But he almost face planted. Then he bucked. Hee hee. He's so silly! But after that he was walking politely again with Tess. 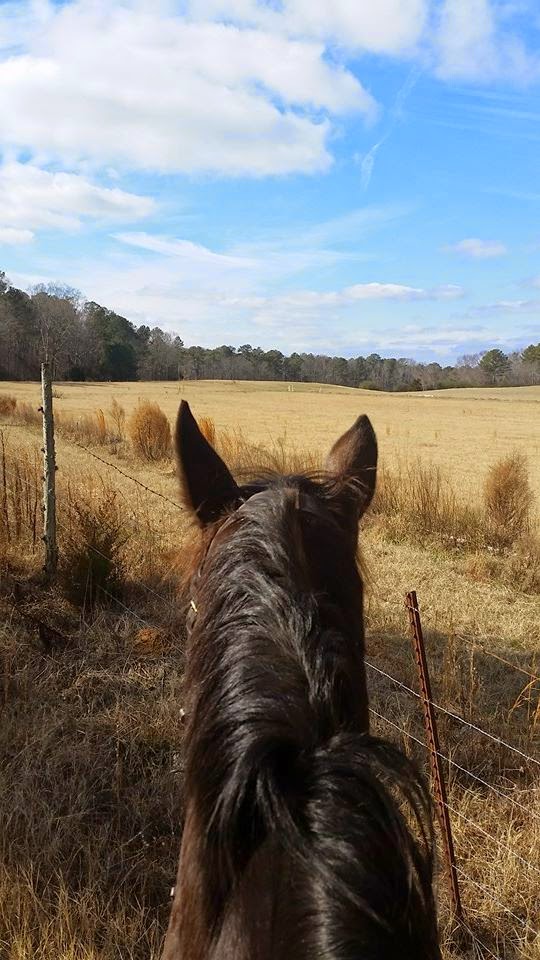 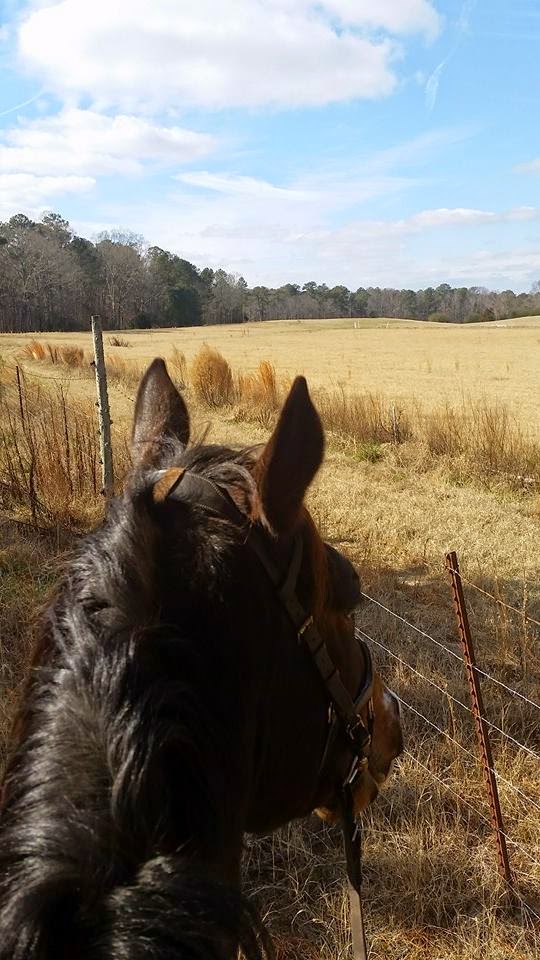 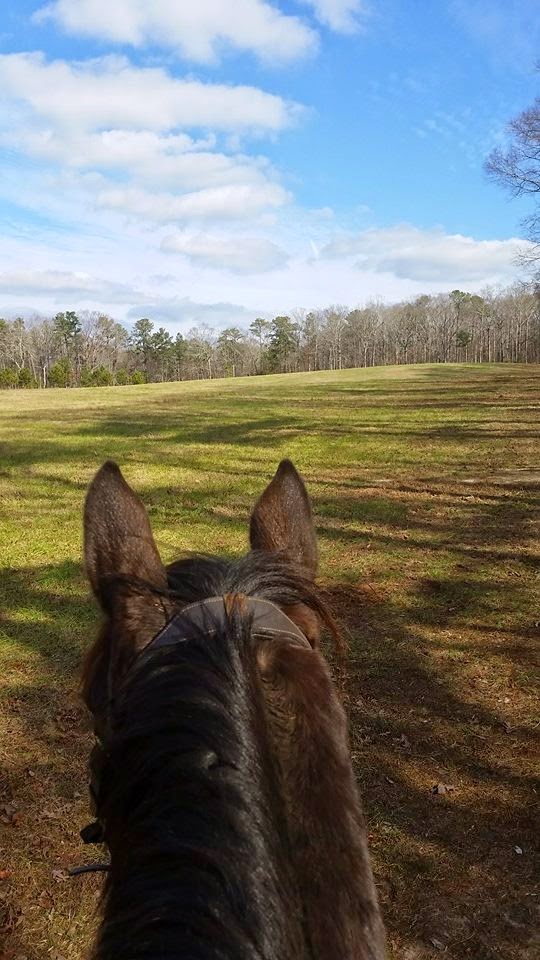 It was a beautiful day! At the end we went to the XC field and Peri played around a little bit on Tess. Danny was good and wasn't bothered that she was doing her own thing. So we played too. We walked in and out of the water and even went up and down the bank into the water. We even did BOTH banks in and out. :) The one he's never done up before. :) He was a bit balky doing down the bank, but really not bad at all. Then we walked over the ditch. And he walked over it too. Excellent. We also walked up and down the regular bank. Then I decided to trot him up the hill for some hill work. Ha! I sort of expected it. He started fine but then worked into a canter which then turned into some bucking. Goofy! I got him sorted out and we kept going. So yep, it'll be awhile before I'm brave enough to let him canter in the open field. He just has too much fun. And don't get me wrong... I would love to let him open up and go. But I have a feeling his exuberant bucks may get to be too much. It's one thing in the woods in the lanes. We're not quite ready for a free for all. :) But considering he was cantering and bucking some as it was, he came back nicely. We did some trotting out in the open and he was well behaved. :)

Fun day! I wish I could ride him tomorrow too to break in the New Year, but I have to work the two overnights. Oh well. At least I ended it well :)