Thank goodness! I'm not sure what was going on with Dan Tuesday but at least today he felt better and back to normal. In fact, while I was tacking him up at the trailer he was a bit spooky and jumpy. But he was good in the arena. We had a decent ride. I didn't get my cavaletti's finished so we didn't get to work on those, but we did our homework. 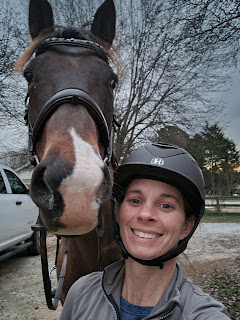 We did transitions through breathing and weight aids, we did transitions, we did haunches in to renvers at the trot, we did turn on the haunches and some leg yielding on the rail. We didn't focus too much on the collection work today but more on me not nagging with my legs. We did play with trot and canter half pass and medium trots and rein back. We also did some counter canter and simple changes. We're making progress. I think. I hope. I also worked on keeping my core up and tight.. like a carousel pole. 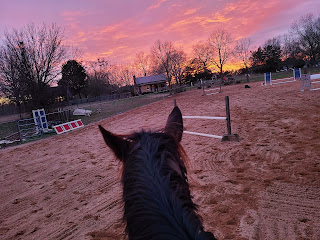 It was a decent ride. He was a good boy and did all the things and he definitely wasn't exhausted, although he is still snatching and "biting" at his shoulder. Mike came up to check on us when he got home from work so I had him do a quick video. I wish I could have been greedy and more specific but I'm grateful I got what I did. Especially with the amazing sunset! However, it's frustrating because he feels so much better than he looks. I can't figure out how to ride properly to get him sitting and using his hind end and he's not building the neck muscle like he should. And I know it's cause he's not really in the connection like he should be but I can't figure out how to do it. Just feeling a little blue lately. It's hard because he feels so lovely and wonderful in my brain, but then I see it and it's such a disappointment. And it's not his fault. He's doing what I'm asking. I just... am not asking right. 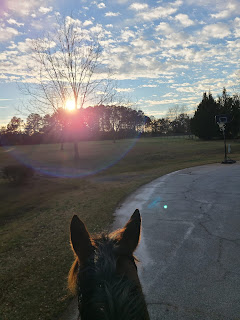 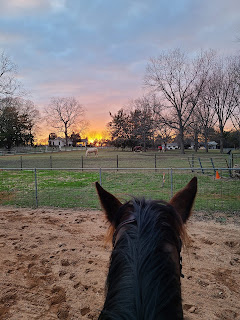 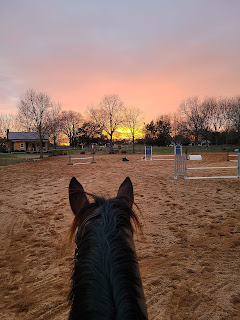 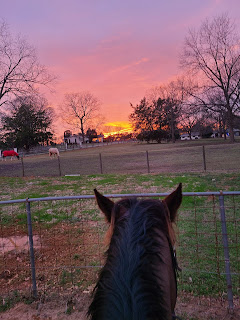 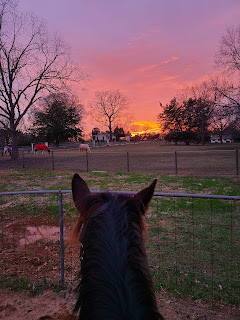 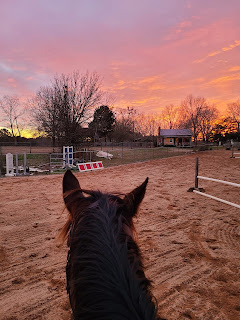 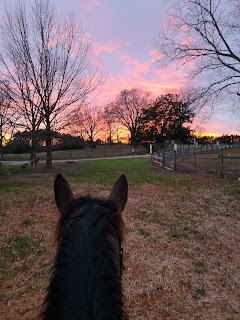 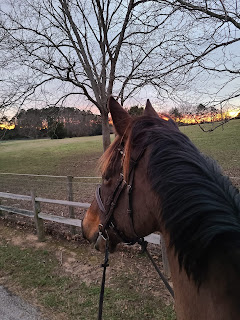